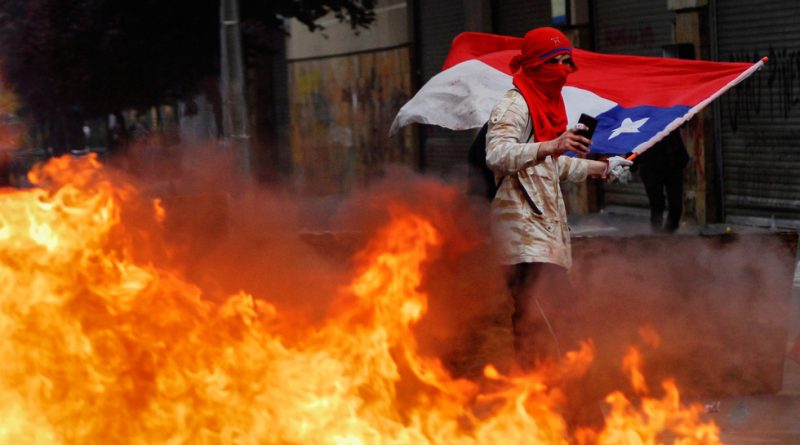 “We have identified on social networks false accounts that emanate from Russia, which are people who pretend to be Chilean, but in reality all the message they are doing is trying to undermine all Chilean institutions and society,” he was quoted on Friday by Chilean media.

The US govt is blaming Russia for the protests in Chile, what a f–king joke.

It’s not the Russians fault that Chileans are tired of living in a US client state https://t.co/TMKGkxquxR

RELATED CONTENT: Believe it or Not: Guaido Blames Maduro for Protests in Ecuador

Kozak didn’t provide evidence, but if he did, it likely wouldn’t prove anything. Accusations of Russia’s social media meddling have been chucked around Washington for nearly three years now, and the best that social media ‘bot hunters’ have managed to come up with is lists of meme posting accounts that they “believe” are “potentially” Kremlin-backed, based on the claims of NATO-backed think tanks, professional ‘Russiagaters’ and Democrat intelligence officials.

In Chile, the protests were not sparked by Moscow-based trolls, but by a planned public transport fare hike. They have since evolved into a nationwide show of rage against the neoliberal policies of President Sebastian Pinera, whose proposed reforms have failed to tamp down public anger. At least 19 people have died over the last eight days, and more than 6,000 have been arrested, as protests descended into riots and clashes with police.

“Chile has a constitutional problem in terms of laws in terms of assigning a budget to the social sector and the non-social sector,” political analyst Francisco Coloane told RT. “There is a very strong pressure from the private sector not to make structural change.”

As the country’s first right-wing president since the end of US-backed dictator Augusto Pinochet’s government in 1990, Pinera has previously attempted to privatize Chile’s education system, resulting in student demonstrations in 2011. The country’s pension system, water supply, and healthcare system are all fully or almost fully privatized.

The result is a country that enjoys Latin America’s highest per-capita income, yet the highest inequality in the OECD.

But why dig into systemic factors and risk undermining the neoliberal consensus? Better to dust off the tinfoil hat and blame Russia instead.