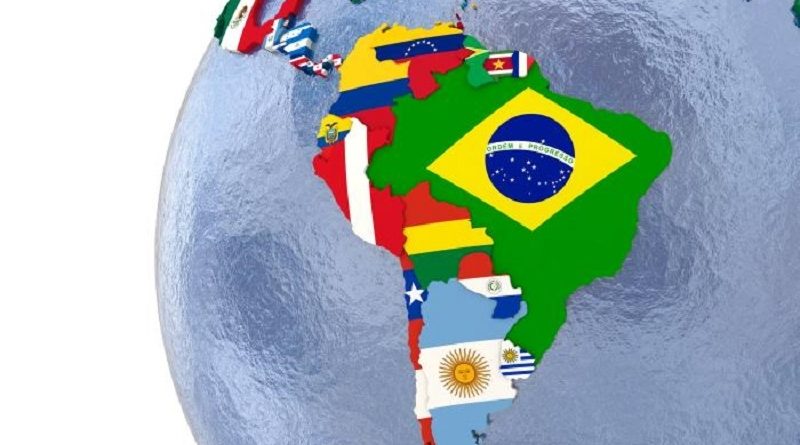 In geopolitical terms, we may be witnessing a rekindling of the progressive movement in Latin America.

By Nino Pagliccia
It was just a matter of time before the Bolivian government would be the target of a reactionary opposition. Indeed it happened at its most vulnerable time during an election process that had not officially ended. Following popular protests against neoliberal structural changes imposed by the governments of Ecuador and Chile, it was the conservative opposition in Bolivia that attempted to prevent the presidential re-election of Evo Morales.

In an already political tense situation in Latin America with major protracted protests in Ecuador and Chile, the OAS threw fuel to the fire by issuing a statement of its Electoral Observation Mission in Bolivia. Just a day after elections in Bolivia on October 20 and before the polls were officially closed, the Mission expressed “its deep concern and surprise at the drastic and hard-to-explain change in the trend of the preliminary results.” The trend in question was in favor of Evo Morales. But more damaging, the statement said, “the Mission will issue a report with recommendations ahead of a second round.” That last sentence sounded like an announcement that a second round must take place when in reality the final ballot count was not at hand. A runoff election is called if there is no majority winner or the margin of votes over the second candidate is less than 10%.

The untimely OAS statement has been criticized by the Mexican government as not being “objective”, and it may well have been a call for the supporters of opposition candidate Carlos Mesa to immediately respond with violent protests in La Paz and other cities for alleged fraud. They destroyed properties, set one electoral building on fire and looted business. Expressions of “concern” about the election from Argentina, Brazil and the White House could only have further emboldened the opposition.

After final ballots count and with a margin over the second candidate of 10.5%, Evo Morales has officially been re-elected president of Bolivia at the same time that he is warning of a coup attempt being “carried out by the right-wing with foreign support.” The corporate media is already creating a conspiracy by calling Morales’ presidency “illegitimate”. This is an all familiar term often repeated in the case of Venezuelan president Nicolas Maduro. We all know the dangerous political consequences.

Ecuador has seen major protests since the beginning of October triggered by a controversial government decree enforcing stringent IMF imposed neoliberal policies. The protests have come to a relative calm following a timely dialogue between the Moreno government and the mostly indigenous organization protesters.

However, the OAS has again taken the opportunity to find the culprit of the unrest in Ecuador and the rest of the region, not in the IMF or the unpopular decree, but in Venezuela and Cuba. A statement from the office of the OAS Secretary General declared, “The crisis in Ecuador is an expression of the distortions that the Venezuelan and Cuban dictatorships have installed in the political systems of the continent.” And more broadly, “The present currents of destabilization of the political systems of the continent have their origin in the strategy of the Bolivarian and Cuban dictatorships.”

The situation in Chile is still developing. Protests were initiated mid-October by mostly students opposing a public transportation fare increase by the Sebastian Piñera government. The violent police repression chasing and arresting students widely reported on social media has surely contributed to larger sectors of the population to join the protests. As the government imposed a curfew, the actions in Chile have also escalated to include a call to a general strike. As a union leader concisely put it, “The problem is not 30 pesos [transit fare increase]. It’s 30 years of corruption and abuse of the political class, the church and the Armed Forces.”

That is a reference to the brutal military dictatorship in Chile from 1973 to 1990 under Augusto Pinochet who also continued as the Commander-in-Chief of the Chilean Army until 1998. Pinochet came to power following a US backed coup that toppled elected president Salvador Allende. Under his rule numerous human right violations and crimes were reported including murder, illegal imprisonment, torture, disappearances, political repression, and financial corruption. A trial on many of those charges was still underway when he died in 2006.

During the current protests so far, 15 people have been reported killed and thousands arrested.

Many believe that Pinochet’s legacy has not totally been erased as long as the current Chilean constitution remains in place. The constitution was drafted during Pinochet’s rule by government appointed individuals and ratified by a highly dubious plebiscite in 1980. Under this constitution the presence of the National Security Council (COSENA) is still today one of the major concerns because it concentrates a lot of power in the hands of the three branches of the armed forces and the police. This may explain the prompt display and repression of the military in today’s manifestations. Civil groups in Chile are participating in public discussion around the constitution acting as virtual popular constituent assembly as part of the demonstrations against the neoliberal policies of Sebastian Piñera.

In geopolitical terms, we may be witnessing a rekindling of the progressive movement in Latin America. On October 27 two important elections will take place. One in Argentina that has already indicated a rejection of neoliberal policies of Mauricio Macri in the preliminaries last August and will decide in the upcoming run-off elections. The other election will be in Uruguay where the leftist party Frente Amplio has maintained a very stable government for ten years and has a strong candidate in the incumbent Daniel Martinez. We expect progressive victories in those elections. However, it is hard to predict the impact that the more recent events in the region may have on the voters on October 27.

The continued intervention with US-aligned declarations and statements by the OAS seems to be another factor intended to confuse and put pressure on voters with an obsessive condemnation of Venezuela and Cuba. This is consistent with the stark reality that there are forces intent on destabilizing countries by changing the balance of forces from revolutionary to neoliberal.

It has not worked in Bolivia in terms of the ballot results, although it may contribute to create some degree of political instability in the country. But it is also possible that the “Venezuela and Cuba” component, together with the events in Ecuador and Chile, may actually be positive contributing factors in setting the example that there are risks worth taking to help the revolutionary movement. This will be totally consistent with the rebellious history of Latin America.