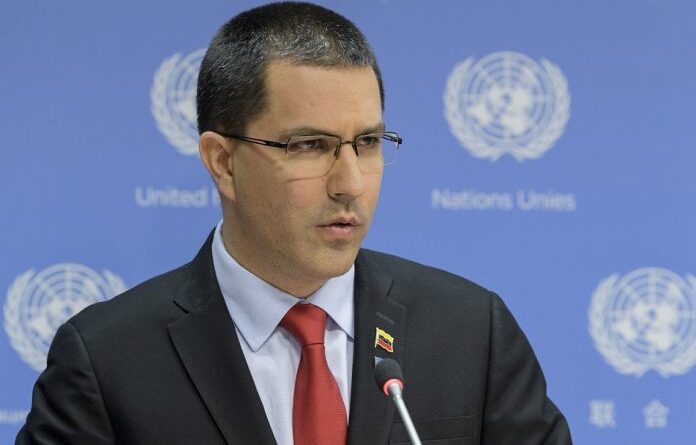 The chancellor, Jorge Arreaza, reported that following instructions from President Nicolás Maduro, Venezuela will take a complaint to the United Nations about the looting and vandalization that occurred in the Venezuelan consulate, located in Bogotá, this Monday, July 27.

“And we are going to demand that international agreements be observed. Venezuela reserves any measure, in the order of the criterion of reciprocity, but it will always be within the framework of legality and civility,” said the head of Venezuelan diplomacy.

Likewise, he explained that according to what is established in the Vienna Agreement, the hosting countries must take care of the diplomatic headquarters, as Venezuela has maintained security at the Colombian Embassy and Consulate in Caracas despite the fact that both countries severed diplomatic relations in February 2019.

“In the face of the permanent, continuous, systematic attacks by Colombia against Venezuela, it is a reasonable doubt to think that there was action and complicity rather than omission here,” said the senior Venezuelan official.

In this sense, Arreaza indicated that Venezuela hopes that the investigations will find those responsible in action and omission. “In other words, the Colombian State is responsible for its obligations,” he said.