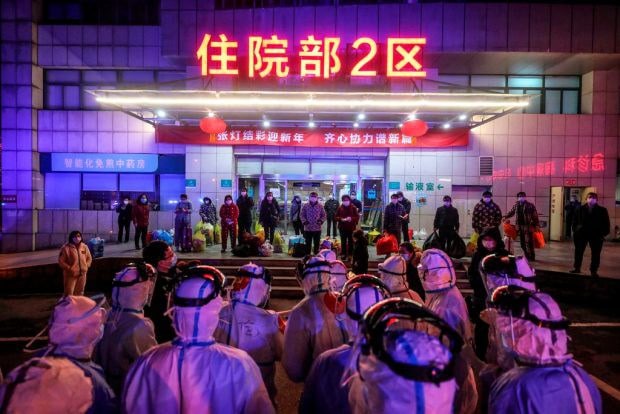 On February 27, Carlos Fernández Liria wrote about capitalism and the coronavirus in Cuartopoder. He stressed that the epidemic was showing the weakness of our economy and the paradox that, after industrial and technological revolutions, we must continue working the same hours or more than before, something that was not foreseen by the analysts of the last century. I would also like to dwell on some other curiosities that the coronavirus epidemic has brought to light.

In a moderately social political and economic system, if a global epidemic emerges, even a mild one, prevention methods and systems are made available to citizens more cheaply and effectively than usual. In contrast, in our capitalism, we have seen how, according to the news agency EFE, the price of the disinfectant gel has risen from 3 euros to 22.5 euros on the Internet, a 650% increase. And the masks went from 10 cents to 1.8 euros, a 1,700% increase. With the first cases of the outbreak in Spain on February 25, demand for masks on Amazon soared and some sellers, such as Amazon itself, which buys products from manufacturers to offer them for sale, ran out of product after raising the price of their latest units by nearly 20%. The only way to buy them now was to pay over 100% more. In other words, in just one day, the pack of ten masks went from being available on Amazon through various sellers in a range of 20 to 35 euros to, in a matter of minutes, limited offers at prices exceeding 159 euros.

On the afternoon of February 28, three days after several cases of coronavirus were recognized in Spain, the only two vendors offering the ten-pack 3M disposable masks at Amazon were Xtrem Place, a French vendor, and Gigant, a German one. Their selling price was 350 and 499 euros, plus 13 euros for shipping.

And meanwhile, some people who had family members in the hospital and had to visit them wearing gowns, gloves and a mask reported that the latter had disappeared because they were stolen.

Now, remember, this is capitalism. Fashion firms like Louis Vuitton and Fendi have decided to create their own luxury masks with their logo and velvet, and it has become popular among celebrities to share photos on the net using these signature masks.

Continuing on our walk through capitalism, many people believe that having private health insurance is the best mechanism to avoid queues and waiting lists in the public health system and to enjoy the hotel comforts of a private hospital. Well, private health insurance doesn’t cover coronavirus or diseases caused by it because it is an epidemic that can become a pandemic. Nor will those who have taken out travel insurance be covered. According to specialists, epidemics such as Covid-19 are expressly excluded in the general exclusions section of a large majority of insurers, that small print in the contract that we never read or put in the brochures. We already know that insurance covers things that do not happen, not things that happen on a massive scale.

Let us now go to the paradise of capitalism. In the United States, a U.S. citizen has reported that he must pay $3,200 to be tested after returning from China to rule out being infected with the coronavirus. It seems that the private health care system even gave him an MRI. Imagine the interest Americans will take in getting tested to see if they can infect their neighbors if they have to pay that. And how complicated it can be to stop the virus from spreading.

Then there is the senator from Florida, Marco Rubio, who shows us in a tweet the concerns of the country’s political elite in the face of an epidemic: “We depend on China for 80% of our active pharmaceutical ingredients. The potential for coronavirus interruption reminds us how dangerous it is for us to be so dependent on one country for our medicines”. For the senator the danger is not the virus, it is that the Chinese produce the medicines. As RT television correspondent Helena Villar pointed out, “For the liberal American mentality, the concern about the spread of the coronavirus does not lie in public health, but in the fact that it is China that mainly produces the drugs that are then sold in the United States at speculative prices.

Another remarkable thing is that our capitalism pays the three Italian researchers from the University of Milan and the Sacco Hospital, who managed to isolate the coronavirus strain, less than 1,200 euros per month, according to the newspaper La Reppublica. Just compare it to what a footballer, a stockbroker or a youtuber charges to see the scales of value in our labor market.

It was also curious to see how some measures that we started to see in China at the beginning of the epidemic, of the kind of policemen forcing people to put on their masks or military controls blocking access to the areas where the disease was most concentrated were interpreted as repressive and typical of a communist dictatorship. Something unthinkable in our paradise of freedoms. All of this, when the disease has arrived in our countries, and for the account that it brought us, has seemed logical and reasonable to us, including the logical quarantines and isolation of people suspected of infection.

The latest paradox is that thanks to the coronavirus, the planet’s environment is better off because China’s pollution from industry and travel, now restricted, has plummeted. This is shown by the latest images published by NASA, which focus on levels of nitrogen dioxide, the gas emitted by vehicles and in industrial facilities.

Accustomed as we are to the daily capitalist dynamics, some exceptional situations like this epidemic can take us out of the daily maelstrom and give us the right perspective to understand how counter-natural, absurd and selfish this economic system can be. 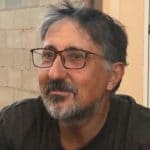