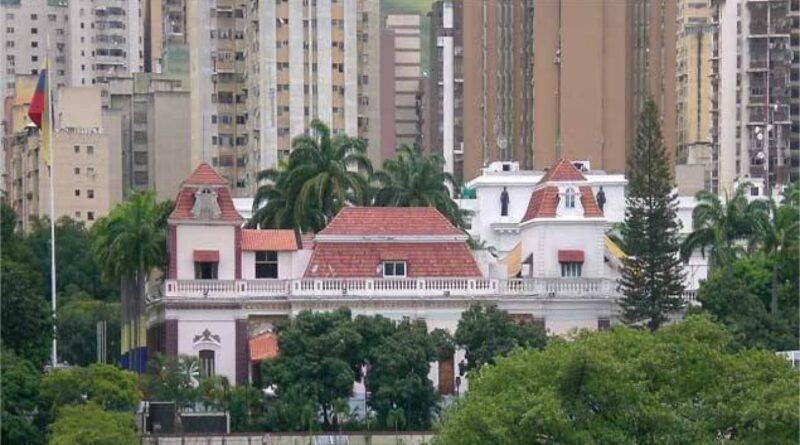 The 4th National Court on Terrorism, headed by judge José Mascimino Márquez García, charged two civilians and a military officer attached to the Miraflores Palace who were caught in possession of one kilo and 20 grams of C4 explosive, among other materials, according to sources in the justice system.

They are Army Captain Alfredo Saba Peña Díaz, who works in Ramp 4 at the Simón Bolívar International Airport, attached to the Office of the Presidency of the Republic; Dany José Castillo García; and Jenifer Carolina Osuna Márquez, innkeeper and hostess from the Miraflores presidential palace.

They were arrested last Saturday near the presidential palace. One kilo and 20 grams of C4 explosive, thirteen detonators and a safety fuse, were seized.

Peña, Castillo and Ozuna were presented this Monday before the 4th National Court on Terrorism located in the Palace of Justice of Caracas, where the Public Ministry charged them with the commission of the crimes of terrorism, association to commit a crime, and trafficking of explosives, the source said.

At the conclusion of the Public Ministry’s (MP) presentation, Judge Márquez García asked the defendants if they wanted to speak. One of them said that they were planning to sell the seized explosive material. After hearing their statements and defense, the judge accepted the allegations charged by the MP and ordered pre-trial detention for Peña, Castillo and Ozuna.

The captain will be held at the National Center for Military Detainees (Cenapromil) in Ramo Verde, Los Teques, Miranda, the innkeeper at El Rodeo prison, and the hostess at the National Institute of Female Orientation (INOF). The Ministry has 45 days to present the general results of the investigation and, based on this, request to open a trial, file the case, or dismiss the case, as stipulated in the Organic Code of Criminal Procedure.