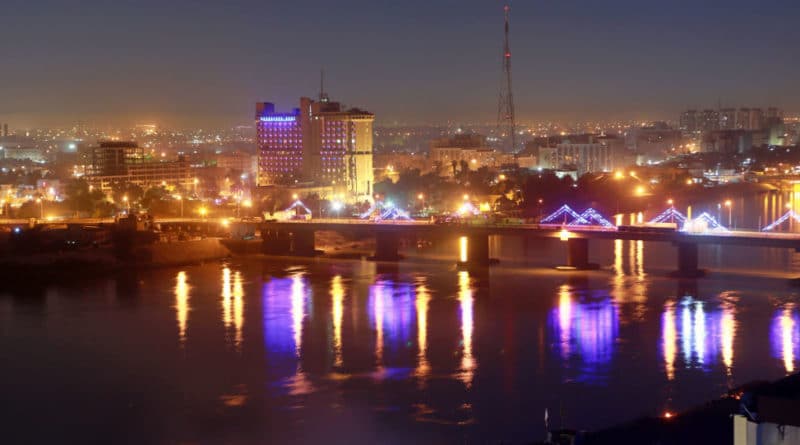 Five rockets landed in Baghdad’s “green zone” earlier in the day, where the US Embassy and various Iraqi government buildings are located, Iraqi sources said.

Three rockets have struck the US embassy in Baghdad, the capital of Iraq, with one hitting its restaurant, Al Arabiya reported on Sunday citing security sources.

The US aircraft were spotted flying over the scene, the agency added.

Baghdad’s “green zone”, where the US embassy is currently located, has recently been the target of several attacks. The latest one occurred just earlier in the day when three Katyusha rockets fell near the American embassy, Iraq’s Al Sumaria TV reported, with no casualties confirmed so far.

#BREAKING up to 5 Katyusha rockets landing either close to US embassy or Green Zone area in Baghdad, Iraq pic.twitter.com/k6jibmyT9z

Commenting on the events, Speaker of the Iraqi Council of Representatives, Mohammed Al-Halbousi, said that the repeated strikes targeting the US embassy in central Baghdad are “unacceptable” and that they “do damage to Iraq’s reputation, weaken the country and affect its sovereignty”.

On 22 January, three missiles also hit the “green zone” in the Iraqi capital, no one was injured.

Tensions escalated in the region after Iran’s top military commander Qasem Soleimani was killed in the US targeted attack on the International Airport in Baghdad. Following Soleimani’s assassination, the Iraqi parliament voted to expel all coalition forces.

Back in late 2017, the Iraqi government declared victory over Daesh*, which the country had been fighting for over three years. However, the international coalition, established against the terrorist group in 2014, has remained in Iraq in what it says is an effort to secure Iraq’s borders and ensure a lasting victory over the terrorists.

US officials have repeatedly ruled out a complete pullback of American forces from Iraq. White House National Security Adviser Robert O’Brien has said the US would leave “on its own terms”.