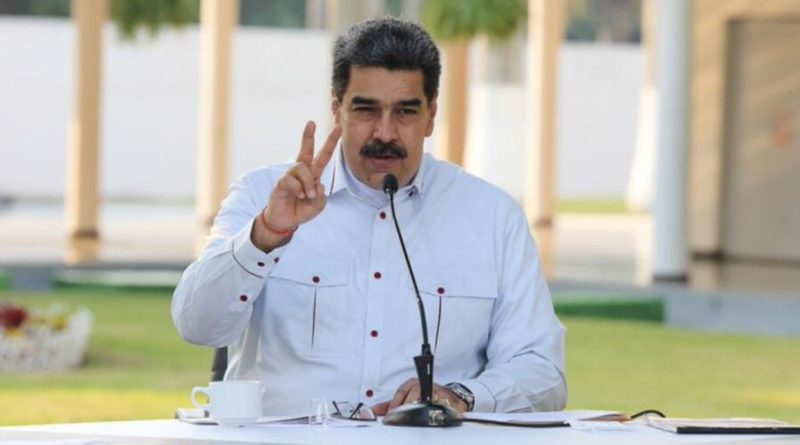 News Security and Defense
May 22, 2020May 22, 2020 orinocotribune crimes against humanity, gasoline, Iran, shortages, Tankers, us military aggression, US Sanctions, Venezuela

The president of Venezuela, Nicolás Maduro, thanks Iran’s support in sending gasoline in tankers bound for his country, amid threats from the United States.

“We are ready for whatever and whenever, ” Maduro said Wednesday in response to threats by the United States to prevent the arrival of ships from Iran with gasoline and oil products to Venezuela.

The president also said that the Persian vessels would be escorted by the Venezuelan Armed Forces upon entering the exclusive economic zone of the South American country.

Earlier, the Venezuelan Defense Minister, Vladimir Padrino López, reported that he was in contact with Iran to coordinate the arrival of the oil tankers in Venezuela, at times of strong tensions between Washington. Tehran and Caracas.

Some reports assure that the US has deployed several warships in the Caribbean Sea region with the purpose of not allowing Iranian freighters to arrive in Venezuela.

Given this situation, the Iranian authorities defend their right to trade with their allies and warn that the Islamic Republic will respond forcefully to any attack on its oil tankers in international waters.

Venezuela suffers from fuel shortages since the US Treasury Department sanctioned the state-owned company Petróleos de Venezuela (PDVSA) more than a year ago as a measure to force President Maduro out of power.

The new American adventure has unleashed a wave of condemnations both domestically and internationally. While many countries in the world send aid to Latin America to fight the pandemic of the new coronavirus causing Covid-19, the United States sends warships to attack Venezuela.