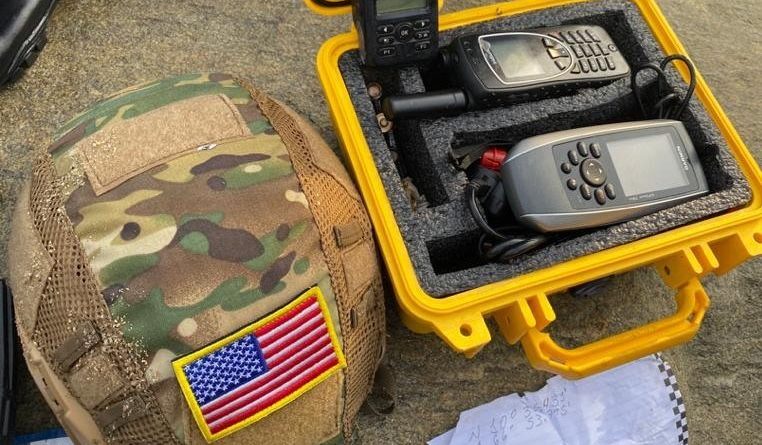 International News
May 29, 2020 orinocotribune being a US colony, Colombia, Congress, Ivan Duque, US Imperialism, us military aggression, US puppets, Venezuela

The Southern Command of the United States Armed Forces reported Thursday that the 1st Security Force Assistance Brigade (SFAB) will be sent to Colombia to areas bordering Venezuela as an “advisory team” to support “antidrug cooperation”.

According to information from the Southern Command published on its Twitter account, “the team” will arrive next Monday, June 1, and “will train, advise, and help Colombian units.”

The SFAB is “a specialized unit of the United States Army that provides advice and assistance operations in the territory of allied nations,” according to the US Embassy in Bogota and the Colombian Defense Ministry on their own statements.

Criticism within Colombia was reported because the SouthCom communique refers to a military presence for an undefined duration while the Colombian Minister of Defense said it was going to be limited in time. These details have impact within Colombian law as besides being a US colony, the country has to present itself as law abiding. For an undefined foreign military presence in the country, Congressional approval is mandatory.

The mission in Colombia represents the first time that this “elite force”, as reported by the Colombian magazine Semana, participates in military actions in Latin America, and its duration would be “several months”, during which “it will focus its efforts mainly on Future Zones” defined by the Uribista regime of Iván Duque.

According to Semana, “these Future Zones are in Bajo Cauca, southern Córdoba, the Pacific of Nariño and the Chiribiquete, Sierra de La Macarena, Nudo de Paramillo and Sanquianga National Parks.”

“Also in Catatumbo, the Catatumbo Bari and Arauca Park, all three on the border with Venezuela,” adds the Colombian website.

For his part, Admiral Craig Faller, commander-in-chief of the United States Southern Command, said that “SFAB’s mission in Colombia is an opportunity to show our mutual commitment against drug trafficking and support for regional peace, respect of sovereignty and the enduring promise to defend shared ideals and values.”

In recent months, analysts have denounced the Trump regime for using the “war on drugs” as part of its regime change operation against Venezuelan President Nicolas Maduro to cover a military blockade and subversive operations against Venezuela.

In addition, Colombian authorities used as an argument the murder of social leaders, a scourge that has increased during the Duque regime, and that according to these officials the SFAB would help to attack “the violence that affects communities, social leaders (…) drug trafficking murders our peasants, destroys forests, fauna and pollutes the rivers and seas of Colombia.”

“The SFAB is made up of about 800 officers – it is not known how many of them will come – chosen from regular combat units and who undergo additional training at Fort Benning, Georgia academy,” Semana reported.

“Venezuelan authorities have been sending signals to the militias and Venezuelans all over the country to be alert and this new move announced by the SouthCom might be connected to this alert, and to more covert and overt military or mercenary operations to oust President Maduro. What they do not understand is that Chavismo and the militias will neutralize any destabilization attempt as they did in the failed mercenary incursion in the Bay of Macuto,” a political analyst said to Orinoco Tribune.

Featured image: Military equipment seized by Venezuelan authorities during the failed mercenary incursion in Macuto on May 3rd. File Photo.