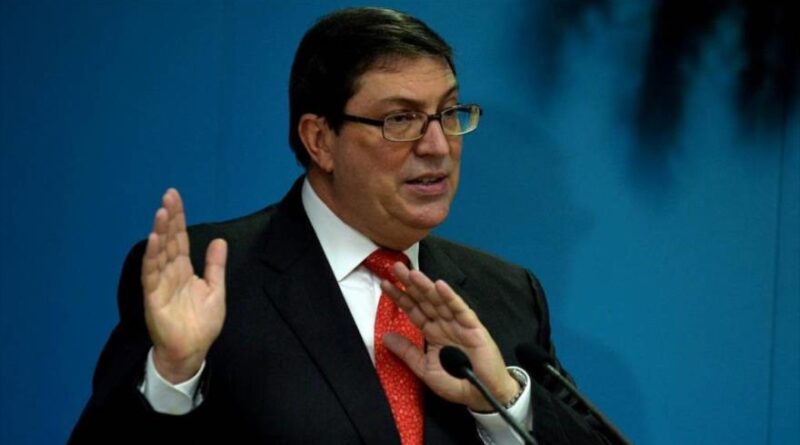 Cuba condemns its inclusion in the US list of “state sponsors of terrorism” and sees in the measure the “political opportunism” of the Trump administration.

“The political opportunism of this action is recognized by everyone who has an honest concern about the scourge of terrorism and its victims,” Cuban Foreign Minister Bruno Rodríguez said this Monday through a Twitter message.

Rodríguez condemned “the hypocritical and cynical qualification of Cuba as a state sponsor of terrorism, announced by the United States.”

Through a statement issued earlier on the same day, the US Secretary of State, Mike Pompeo, specified that including Cuba on the blacklist seeks to “end its support for international terrorism and the subversion of US justice.”

Pompeo, likewise, has reiterated Washington’s insults against Havana, accusing the Cuban government of “oppressing its people” and intervening in the affairs of “Venezuela and the rest of the Western Hemisphere.”

Among other tales, Pompeo accuses Cuba of giving refuge to members of the Colombian guerrilla Army of National Liberation (ELN) who traveled to Havana (the Cuban capital) to hold peace talks with representatives of the Colombian Government in 2017. This occurred under the provisions of the peace negotiations requested by the same Colombian state.

The Trump Administration, in this way, has reversed the decision of the Barack Obama Administration (2009-2016), which in 2015 removed Cuba from the same list, where it had appeared since 1982 despite the fact that Cuba was frequently targeted by US-sponsored terrorist actions.

Since 1962, Washington has imposed a severe economic, commercial and financial blockade against Cuba in order to force a change of government. Despite the apparent improvement in relations between the two countries during Obama’s administration, after Trump’s arrival to the US Presidency in 2017, the measures against the island were toughened, closing the doors to any dialogue.