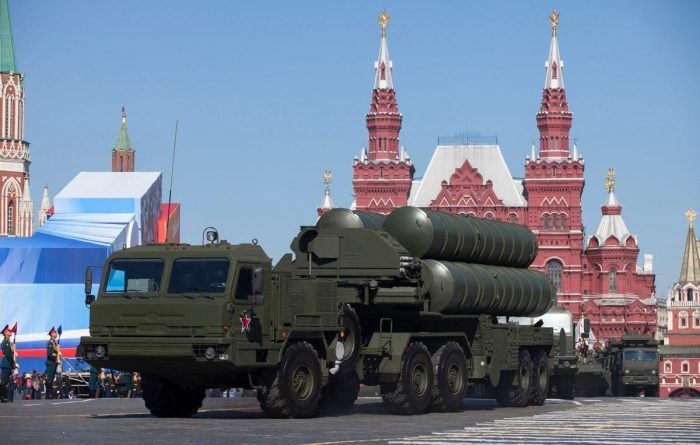 Not only did FM Cavusoglu say on Wednesday that Turkey will not bow to mounting US pressure, but said if Washington blacklists Turkey on either sales of the US-made Patriot systems, or blocks F-35s already purchased, then Ankara may pursue even more S-400 systems and would further look for alternatives to the F-35 jets.

This comes after Turkey’s leaders voiced deep frustration over NATO leadership giving the cold shoulder to a Turkish proposal last week to overcome the standoff by forming a technical group in order to address the alliance’s concerns over the S-400 purchase.

“If the F-35s don’t work out, I will again have to procure the jets I need from elsewhere …There are (Russian) SU-34, SU-57 and others.” And continuing the threat, he said, “I will absolutely meet my needs from somewhere until I can produce it myself.”

The US has tried a carrot-and-stick approach by dangling its US Army Patriot systems in front of Turkey, hoping it would be a desirable alternative to the S-400 altogether.

The advanced Russian-made S-400 air defense system purchased by Turkey has been seen as a threat by the United States, given the potential for compromising the F-35 advanced radar evading and electronics capabilities. The fear is that Turkey possessing the S-400s and the F-35 Joint Strike Fighter stealth aircraft together would potentially enabling Moscow to detect and exploit its vulnerabilities, meaning Russia could ultimately learn how the S-400 could take out an F-35. Interestingly, during his comments Wednesday, the Turkish foreign minister invoked Syria, in an observation that probably won’t sit well with Pentagon planners. “The U.S. F-35s fly over Syria every day and there are S-400 systems there.”

He followed this provocative reference by concluding, “They pose no threats despite being systems that are completely under Russian control, so will they pose a risk when the are in Turkey’s control?” he said.

Meanwhile Kremlin officials responded to Cavusoglu’s comments by noting Russia and Turkey were seeking closer military and technical ties — this after Presidents Putin and Erdogan met in Moscow earlier this week.