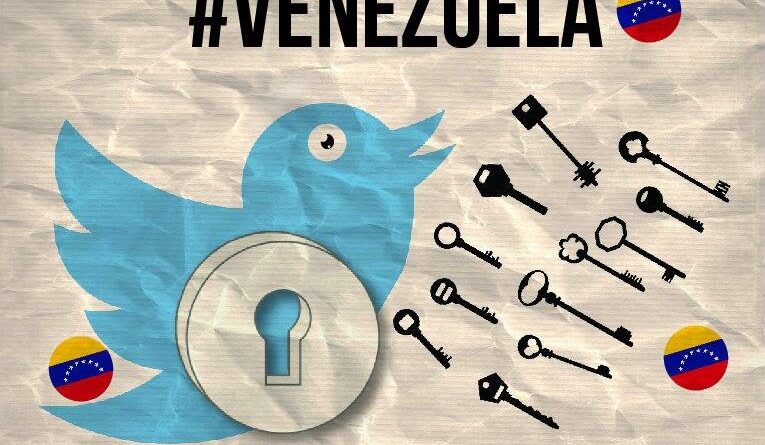 The social network maintains online, and with verification, the account of the previous National Assembly (@AsambleVE), which was led by former opposition deputy Juan Guaidó. 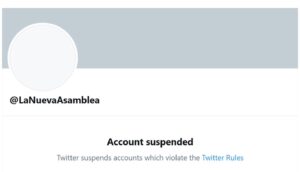 The social network Twitter suspended the account of the new National Assembly (AN) of Venezuela, for allegedly “breaching” its rules.

“Twitter suspends accounts that violate the rules,” says the text that appears in the profile of the Venezuelan Parliament.

The Venezuelan parliamentary Twitter account, identified as @LaNuevaAsamble, has been enabled since the new legislative period of Venezuela was installed on January 5, with the legislators elected in the December 6 elections, in which Chavismo obtained the majority.

The new Parliament took office on January 5, after Venezuelans elected their deputies in the legislative elections on December 6. The renewal of this body ended the validity of the previous AN, which was elected in 2015 for a period of five years.

However, some parliamentarians from the previous legislature have pretended to continue in office, following an alleged decree of “administrative continuity,” annulled by the Supreme Court of Justice (TSJ). This illegal text was approved by former deputy Juan Guaidó, who proclaimed himself in 2019 as “interim president” of Venezuela.

However, while Twitter has suspended the account of the recently elected Parliament, it maintains the profile of the previous National Assembly (@AsambleaVE), which was headed by Guaidó’s group, as genuine.