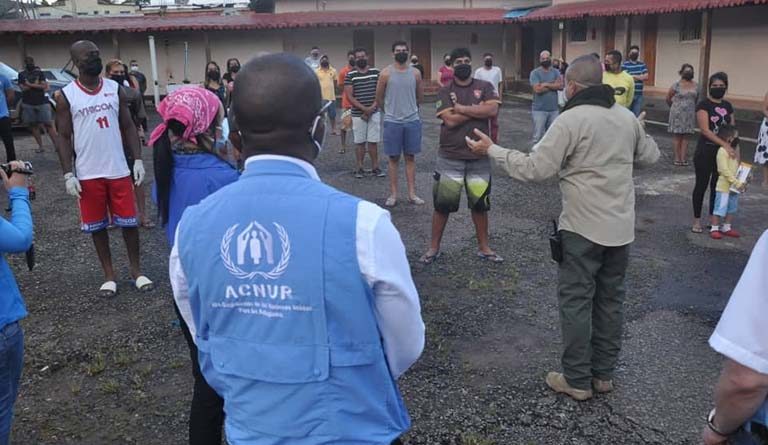 A United Nations (UN) commission, arrived at the border with Brazil, to accompany the government of Venezuela and the state of Bolívar, during routine visits of the Comprehensive Social Care Post (Pasi) which meet international standards and protocols established by the World Health Organization (WHO) and the Pan American Health Organization (PAHO).

RELATED CONTENT: Is a New Opposition Leader Being Cooked Up? Photos of Almagro with Leocenis Garcia

The international delegates toured Santa Elena de Uairén to observe the health protocols, in addition to verifying the deployment of the medical team taking care of Venezuelan migrants returning to Venezuela, escaping of the Covid-19 catastrophe in Brazil. The Venezuelan government has reported that in the last three months more than 71 thousand Venezuelans have returned through the border between Colombia and Brazil.

Peter Grohmann, head of the UN commission, explained: the UN mission is not there to evaluate but to accompany the authorities in their efforts to contain Covid-19, in addition to helping the most vulnerable people who cross border.

For his part, Jorge Vallés, representing the commission, pointed out, referring to the measures applied in Bolívar state to contain the pandemic, that “it is undoubtedly the right action, since the crisis that humanity is experiencing is real, the virus is a common enemy that does not understand race, creed and political position, so we are at a point on the border in this international accompaniment, to respond to the needs of people,” he said.

In recent days authorities in Bolivar state made statements stressing that 60 percent of migrants entering Venezuela from Brazil are reported as infected with Covid-19.