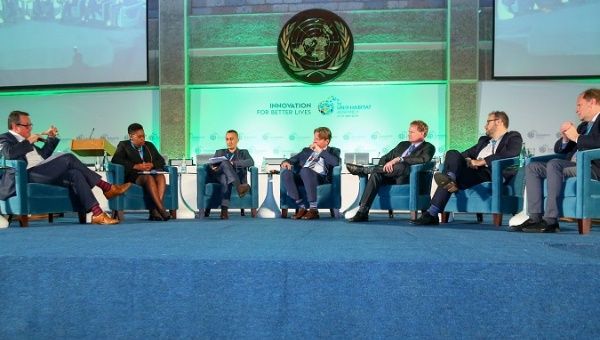 “The GMVV continues to be an example to the world that housing in Venezuela is a social right, rather than a commodity,”

The United Nations has recognized Venezuela as one of the top countries for guaranteeing people’s right to housing at the first UN-Habitat Assembly taking place in Kenya’s capital of Nairobi.

Venezuela’s Minister for Habitat and Housing Ildemaro Villarroel announced the statement Tuesday via his Twitter account. UN-Habitat is the U.N.’s highest decision-making body on the subject of sustainable urban development and housing.

During the first day’s sessions of the assembly, which runs from May 27 until May 31, the Venezuelan government made a presentation on the scope of its social program since it was first conceived.

The Venezuelan official also used the social media platform to call attention to a meeting he held with the director of UN-Habitat Maimunah Mohd Sharif.

“In it, we talked about the achievements of the Great Housing Project Venezuela (GMVV) and the challenges to sustaining this socialist mission,” Villarroel said.

This event brings together 193 United Nations members, and the achievement of Venezuela’s social program will be showcased to for all to see.

“The GMVV continues to be an example to the world that housing in Venezuela is a social right, rather than a commodity,” said the Venezuelan minister.

The Venezuelan official explained through Twitter that the Venezuelan delegation held meetings with representations from various countries.

“From Kenya at UN-Habitat, we are having a bilateral meeting with the Republic of Serbia. The Bolivarian government is strengthening cooperative relationships and displaying the GMVV model for the whole world to see.”

In another tweet, he highlighted the meeting with the Minister of Housing and Urban Planning of the Algerian Republic. “We are sharing successful experiences in housing construction, and we are coordinating technical visits to both countries to learn about each other’s strengths in the area,” he said.

To date, the GMVV has fulfilled one of the objectives of the 2030 Agenda for Sustainable Development. Since 2011, the government of Venezuela has granted more than 2,640,000 dignified homes to Venezuelan families.