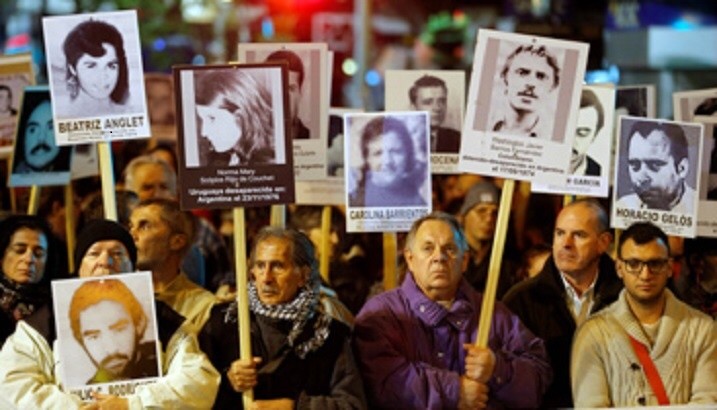 Uruguayan prosecutor Ricardo Perciballe, specializing in crimes against humanity, requested the prosecution of several members of the national air force for torture at the Boiso Lanza base during the country’s last dictatorship.

Perciballe requested the prosecution of seven Uruguayan Air Force members and the international arrest warrant for two other former military members involved in crimes against humanity.

The case was brought forth by a collective complaint by the Uruguay Crysol Foundation, dedicated to bringing justice to the torture, killings and disappearances of thousands of Uruguayans during the military dictator-led and U.S.-backed Operation Condor during the late 1970s to early 1980s.

The complainants were made by some 50 former political prisoners who had been detained at the Boiso Lanza Air Force base.

At Perciballe’s request, a judge ordered the search of the home of retired military officer Jose Nino Gavazzo.

During the search, which lasted about five hours, dozens of “libraries” and “several boxes with documentation” relating to military intelligence from the years 1973 to 1984, as well as information related to state terrorism from that time, were seized, judicial sources told Sudestada.

During a Sunday interview, Gavazzo justified the use of torture and maintained that ‘there is no war without torture,’ while dismissing the use of state terrorism in Uruguay at the time.