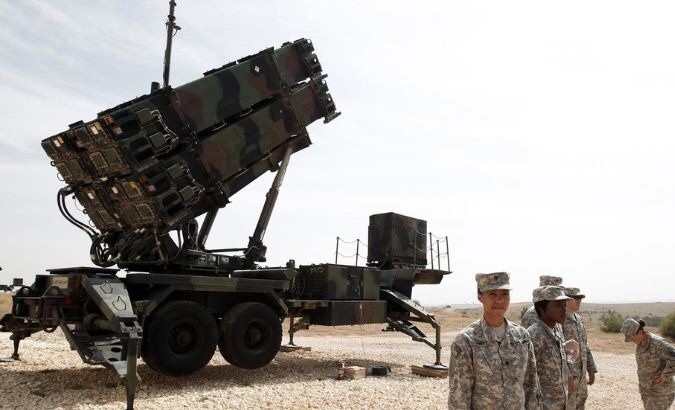 Additionally, on Friday, the U.S. Maritime Administration issued a warning that “Iran or its proxies” may target commercial and military vessels in the area.

The United States has deployed an assault ship and a missile battery to the Middle East region, the Pentagon announced in a release Friday but did not elaborate on what the defence headquarters stated was to combat threatening actions displayed by Iran.

RELATED CONTENT: Trump Voter Base Would Recoil at Attack on Venezuela or Iran, Backers Warn

“It’s important that Iran understand that an attack on [U.S. nationals] or its interests will be met with an appropriate response,” ABC News reported citing Acting Defense Secretary Patrick M. Shanahan who gave the green light to move the USS Arlington and the Patriot battery to the region.

“These assets will join the USS Abraham Lincoln Carrier Strike Group and a U.S. Air Force bomber task force in the Middle East region in response to indications of heightened Iranian readiness to conduct offensive operations against U.S. forces and our interests,” the Pentagon added.

Washington recently designated Iran’s Revolutionary Guard as a terrorist group after which Iran warned they would close the Gulf’s Strait of Hormuz, where about one-third of the world’s oil export vessels pass.

RELATED CONTENT: Sanctions on Officials: the US Maneuver to Divide the FANB

“We have been very clear that we have no interest in escalation,” Iranian Foreign Minister Javad Zarif told Al Jazeera earlier this week, adding that Iran would not “permit the U.S. to threaten the Persian Gulf.”

According to the Pentagon, the United States Defense Department is closely monitoring Iran and has dispatched the vessels following several “troubling and escalatory indications and warnings” indicated by Bolton.

“The United States does not seek conflict with Iran, but we are postured and ready to defend U.S. forces and interests in the region,” the Pentagon said in the statement.

Additionally, on Friday, the U.S. Maritime Administration issued a warning that “Iran or its proxies” may target commercial and military vessels in the area.

However, Tehran has not violated the 2015 accord with Russia, China, Britain, France, Germany and the United States, according to the U.N.

President Hassan Rouhani announced  Wednesday that he was suspending two parts of the Joint Comprehensive Plan of Action after U.S. pressure.