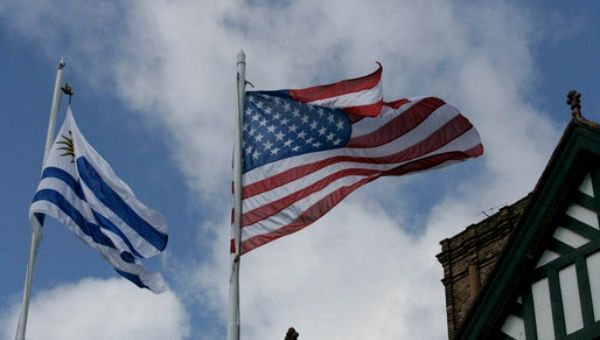 Chancellor Novoa said that “the last 50 years of history” has led him to the conclusion that the U.S. is using its “travel advisory” to intervene in national politics, in support of the right wing opposition.

Uruguay’s foreign minister warned Wednesday that the U.S. is attempting to damage Uruguay’s economy as a means of interfering in the country’s upcoming presidential elections in support of the right-wing opposition.

Foreign Minister Rodolfo Nin Novoa, from the Broad Front, the party of progressive former President Jose Mujica, said the U.S. knows that security is a core issue in the country’s October elections.

RELATED CONTENT: Venezuela Urges Citizens Traveling to the US to Use Extreme Precautions in the Face of Growing Wave of Racist Violence (+Uruguay and Mexico)

Novoa said that “the last 50 years of history” have led him to the conclusion that the U.S. is using this to intervene in national politics, in support of the right-wing opposition. His comments follow the U.S. upgrading Uruguay’s security threat, which the government said had no grounds.

The tensions come just days after Uruguay issued a warning to their citizens against traveling to the U.S. due to the rise in mass shootings and hate crimes. In retaliation, the U.S. upgraded Uruguay from a level 1 threat to a level 2.

There is a precedent for collaboration between Uruguay’s conservatives and the Trump administration. In November 2018, the right-wing “Party of the People” paid for Trump adviser Rudy Giuliani, to come to Uruguay and pass judgment on the issue of security in the country.

Uruguay’s ruling Broad Front has often opposed U.S. foreign policy in the region. They opposed U.S. attempts at regime change in Venezuela, calling instead for dialogue, furthermore, Novoa announced in July that they will not vote to reelect Washington-backed Uruguayan national Luis Almagro as chief of the Organization of American States.

Uruguayans head to the polls on Oct. 27 in which the progressive Broad Front alliance will look for reelection after 15 years of successive victories. Their candidates will be Daniel Martinez and Graciela Villar for the Presidential and Vice-presidential ticket. The leading conservative candidates include Luis Lacalle Pou for the National Party and Ernesto Talvi for the Colorado Party.