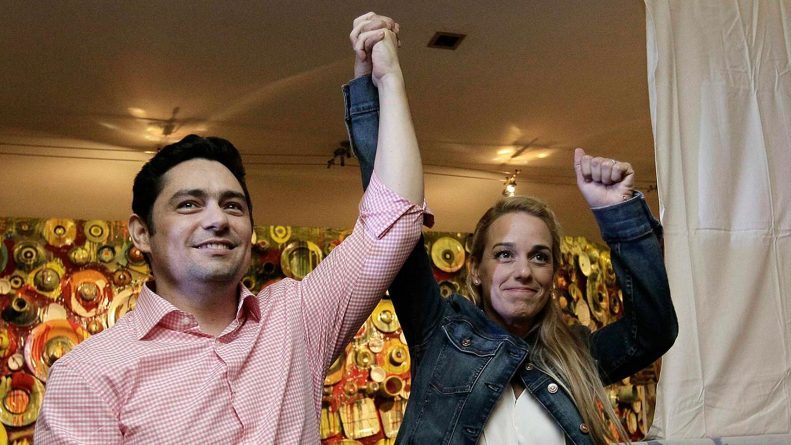 The United States has accepted Venezuelan presidential usurper Juan Guaido’s designation of Carlos Alfredo Vecchio as the Caracas charge d’affaires to the US, according to the office of the US secretary of state, Mike Pompeo.

The United States has accepted self-proclaimed Venezuelan President Juan Guaido’s designation of Carlos Alfredo Vecchio as the charge d’affaires for the Venezuelan government to the United States, US Secretary of State Mike Pompeo said in a statement on Friday.

“The United States accepted interim President Juan Guaido’s designation of Carlos Alfredo Vecchio as the Charge d’Affaires of the Government of Venezuela to the United States on January 25. Mr. Vecchio will have authority over diplomatic affairs in the United States on behalf of Venezuela,” the statement read.
The situation in Venezuela escalated on Tuesday when the opposition-controlled National Assembly declared that Maduro had usurped power. Guaido, the National Assembly speaker, has proclaimed himself interim president, and called for new nationwide presidential elections to be held as soon as possible.

The United States, alongside a handful of other nations, recognized Guaido as the interim president. Maduro accused the US of organizing a coup in Venezuela and cut off diplomatic relations with Washington and ordered US diplomats to leave the country within 72 hours, but later retracted his decree in favor of a 30-day cooling off period in which to begin negotiations with Washington.