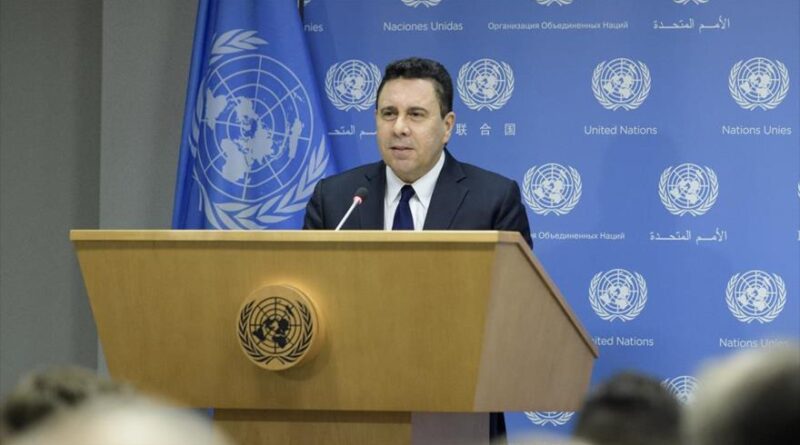 The Venezuelan ambassador to the UN denounced the US and Colombia, for trying to launch massacres in Venezuela with the support of Guaidó and money looted from the country.

“They want to impose the massacres of Colombia in Venezuela with the support of Trump, [Colombian President Iván] Duque and [Venezuelan opposition deputy Juan] Guaidó,” Samuel Moncada stressed.

Through several tweets published this Tuesday, the Venezuelan ambassador to the United Nations (UN) said that the “US terrorists” hired with money looted from Venezuela by Trump, intended to assassinate thousands of Venezuelans. “An atrocity never seen in our history,” he added.

According to his comments, Guaidó hired a series of assassins in the North American country to carry out narco-style massacres in Venezuela.

Likewise, he indicated that, of the money looted by Trump from Venezuela, they gave “90 million to Guaido, but the anti-Chavista leadership is so treacherous that they stole the money from the operation.”

On the other hand, Moncada pointed to Jordan Goudreau, president of the security company Silvercorp based in Florida (USA), who was awarded the contract for Operation Gideon, which had the goal of perpetrating a coup in Venezuela and kidnap the president of the South American country, Nicolás Maduro.

In this sense, the Venezuelan ambassador said that Goudreau has affirmed that the operation was part of the application of the Inter-American Treaty of Reciprocal Assistance (TIAR), to which Moncada later emphasized that the aforementioned agreement is inapplicable and emphasized that it is only the guise of legal authority to which they can resort to carry out the massacre.

In addition, he recalled that Goudreau was going to Colombia, armed and accompanied by terrorists hired in the US to initiate the attack in Venezuela, when the boat in which he was going broke down. “The US government rescued him and protected the operation,” added Moncada.

Moncada’s remarks come after the Venezuelan president said on Sunday that the US and the Colombian oligarchy plan to assassinate him and end the Bolivarian Revolution. He also pointed out that the decision to assassinate him was made a long time ago and that this was the objective of the frustrated coup on April 30.