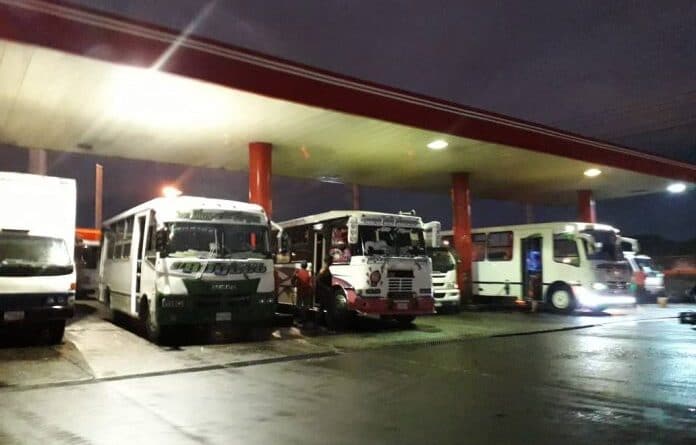 The move is expected to have a “devastating” impact on agriculture, water treatment and electricity generation.

Mérida, November 2, 2020 (venezuelanalysis.com) – US Special Envoy for Venezuela Elliott Abrams has announced a clampdown on Venezuela’s oil-for-diesel swap deals, tightening the blockade against the country.

“We are trying to stop the export of crude by the Maduro regime in Venezuela, and one of the ways to stop it is to prevent people from swapping various products for it,” Abrams told reporters on Thursday. “We have been in touch with those who are engaged in such transactions and have found that they are willing to comply with US sanctions,” he continued.

Oil-for-diesel swap deals, in which Caracas exchanges imported diesel for crude oil, were exempted from Washington’s 2019 oil embargo against Venezuela and have been increasingly used to avoid the plethora of financial sanctions which limit Venezuela’s access to global payment and banking systems. The tightening of the embargo has, however, been expected in the run up to the US presidential election, with many of the sanction exemption permits due to expire in October and November.

Caracas has become increasingly reliant on fuel imports as it struggles to recuperate domestic refining capacity. According to state-run PDVSA, Venezuela imported 1.6 million barrels of diesel in swap deals from Italy’s Eni, Spain’s Repsol and India’s Reliance in the first eight months of the year, with another 260,000 barrels estimated in September.

RELATED CONTENT: US Sells Seized Venezuelan Oil for $40 Million While Gasoline Scarcity Ramps Up (Modern Piracy and US Sanctions)

While Caracas is yet to comment on the new measures, many international diesel providers have recently lobbied the Trump administration to renew the special authorisations. Likewise, a group of NGOs, including several linked to Venezuela’s opposition, petitioned the White House in September to abandon its plans to end the swap deal exemption, arguing that it would cause “devastating consequences for the population.”

“Diesel is the principal fuel for electrical generation and heavy load transport of basic goods, including food, medicine and humanitarian supplies. To cut off the supply of diesel in the country would worsen the already precarious conditions for millions of Venezuelans (…) Without diesel, there may be a paralysation of heavy load transport which would affect the indispensable survival supplies for millions of Venezuelan families,” the NGOs petition read. The group also pointed to Venezuela’s reliance on diesel for water pumping and treatment plants as well as agricultural machinery and irrigation systems.

One of the NGO’s, the centre-right Washington Office for Latin America (WOLA) think tank, which has previously backed US unilateral coercive measures, also published a report last Thursday damning the US sanctions regime, which apart from the 2019 oil embargo includes a wide-reaching general embargo, a range of financial measures and secondary sanctionsagainst foreign firms trading with Caracas. According to WOLA, the sanctions regime has not achieved the short-time regime change it sought, and has increasingly affected the Venezuelan population.

The report, authored by Venezuelan economist Luis Oliveros, states that the sanctions have “directly contributed to [the country’s] deep decline, and to the further deterioration of the quality of life of Venezuelans.” It also concludes that “U.S. sanctions have caused the Venezuelan state to lose between $17 billion to $31 billion in revenue,” as well as that “the value of average monthly public imports dropped by 46 percent (to $500 million) in 2019 and another 50 percent (to $250 million) in 2020.”

RELATED CONTENT: Not a Single Dollar Entered Venezuela in September for Oil – US Sanctions

Seized oil sold for US $40 million

In addition to the crackdown on oil-for-diesel swap deals, Abrams also informed that the 1.12 million barrels of Venezuela-bound fuel which were seized in international waters by the US in August have been sold on Thursday.

According to the special envoy, the four cargoes of Iranian fuel fetched more than US $40 million in a special auction, with the funds due to be deposited into a US government fund allegedly for “victims of state sponsored terrorism.” No further details were offered.

Washington breached new ground in its blockade against Venezuela byconfiscating four fuel cargoes in open sea in the Caribbean under a Department of Justice court order.

At the time, the Maduro government blasted US actions as an act of “piracy,” claiming the seizure to be just the latest in a number of international measures to deny Caracas access to its foreign based assets and purchased goods, such as the US $1.8 billion of gold held in the Bank of England and Venezuela’s US-based CITGO oil subsidiary, which was valued at US $7 billion at the time of its seizure.

While many of these assets remain frozen, US authorities have placed some of them under the control of Venezuelan opposition sectors, including US $342 million transferred from a Venezuelan Central Bank account in Citibank to a US Federal Reserve account in April.

In addition to previous claims from opposition leader Juan Guaido promising to use US-based financing sources to fund local loyalists, recent revelations in Venezuela have also connected his hard-right Popular Will party (VP) to misappropriation of funds from the CITGO seizure.

Last Monday, journalist and VP leading member Roland Carreño was arrested and accused of funding terrorism. He was reportedly detained in possession of paperwork showing US $8,500 payments from CITGO’s Simon Bolivar Foundation to the country’s four largest opposition parties every semester, as well as wider operations Carreño managed with a budget of US $34,000. The VP operative denied the charges.

The Simon Bolivar Foundation was used to fund several philanthropic activities, including medical treatment abroad for Venezuelan children suffering from leukemia. US financial sanctions and the seizure of CITGO put a halt to these programs.

Featured image: Public transport, as well as agriculture, water treatment and electricity generation are expected to suffer with the new measure. (EL Carabobeno)