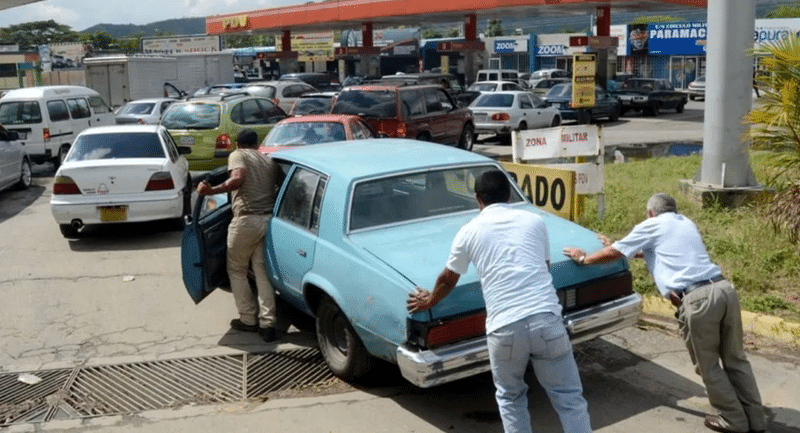 The United States said Thursday that it had sold Iranian oil seized on its way to Venezuela for more than $40 million.

Washington announced in August that it had confiscated 1.1 million barrels of gasoline from four tankers en route between the two countries, which are both under illegal US sanctions.

“We estimate that in excess of $40 million will be recouped by the United States related to the sale of petroleum from those four vessels,” Michael Sherwin, the acting US attorney for the District of Columbia, told reporters by telephone. He added that a “great portion” of it would be contributed to a US fund for victims of “state-sponsored terrorism,” without providing any details.

Ironically, on Thursday Venezuelan authorities uncovered a money-laundering network with resources coming from the US seizures of CITGO Corporation, and used to finance extreme right groups and political parties in Venezuela. Meanwhile millions of Venezuelans suffer daily privations due to gasoline scarcity, caused by US sanctions, the US-led blockade, and piracy.

President Donald Trump has been seeking to weaken Iran regionally and to “remove” Venezuela’s President Nicolás Maduro, who shows little sign of leaving soon. Days before an election in which Trump faces Democrat Joe Biden, who favors diplomacy with Iran, the administration has been ramping up pressure further.

On Thursday, US Treasury Department announced sanctions against eight entities based in Iran, China and Singapore for exporting petrochemical products. In 2018 Trump unilaterally walked away from a deal brokered by former president Barack Obama, under which Iran scaled back its nuclear program drastically in return for sanctions relief. This illegal maneuver by Trump reactivated tensions in the Middle East and are the excuse for these new illegal sanctions against Iran.

President Maduro declared earlier this week that Washington steals the much-needed gasoline that the Venezuelan government is currently importing in order to increase the scarcity of fuel in the Caribbean nation of Venezuela. Victimized by US sanctions that dramatically affect its oil production—the heart of its economy—and create a cash drought, Venezuela has nevertheless made admirable efforts to remain sovereign. The Bolivarian Republic has been buying oil from Iran to avoid total suffocation of the economy—the goal of US sanctions and piracy.

In a press conference on Thursday president Maduro stressed that Venezuela will continue working with Iran, adding that his government is also procuring gasoline from other countries that he did not disclose, for obvious reasons.