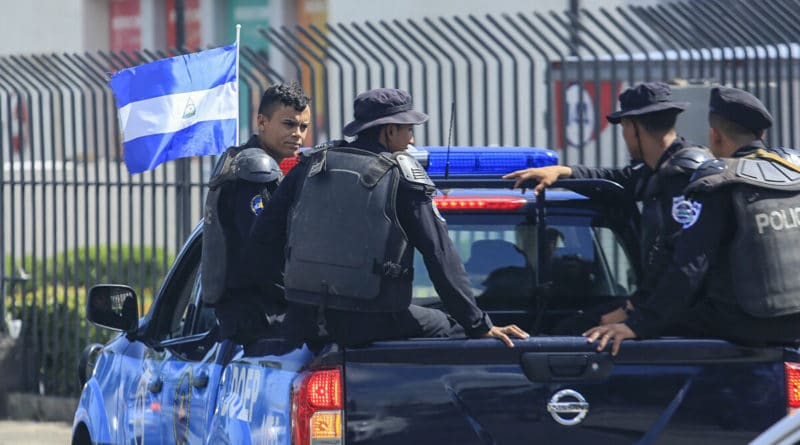 WASHINGTON, March 5, 2020 (Sputnik) – The United States has imposed sanctions on Nicaragua’s national police and on three senior officials that are part of the force, the US Treasury Department’s Office of Foreign Assets Control said in a press release on Thursday.

“The US Department of the Treasury’s Office of Foreign Assets Control (OFAC) today designated the Nicaraguan National Police (NNP), the primary law enforcement entity in Nicaragua, for its role in serious human rights abuse in Nicaragua”, the release said. “Additionally, OFAC designated three NNP commissioners, Juan Antonio Valle Valle, Luis Alberto Perez Olivas, and Justo Pastor Urbina, for their involvement as senior officials of the government of Nicaragua and leaders of the NNP”.

RELATD CONTENT: US Imperialism in Nicaragua and the Making of Sandino

The Treasury Department pointed out in the release that all three individuals are being sanctioned for engaging in human rights abuses in Nicaragua.

Treasury Secretary Steven Mnuchin said in the release that the Nicaraguan National Police is used to oppress citizens in the country.

On Wednesday, US President Donald Trump hinted that his administration is preparing additional similar actions in Latin America. Trump said his administration has planned a lot regarding Venezuela while mentioning Cuba and Nicaragua as well.