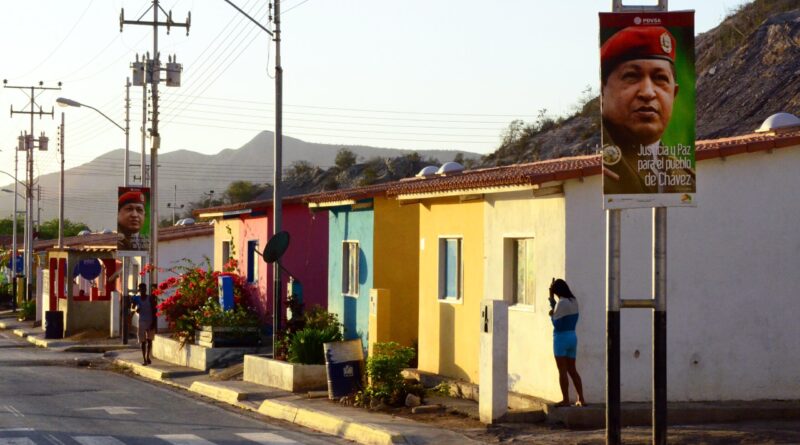 The US finally appointed an ambassador to Venezuela after a decade hiatus and in the runup to the Venezuelan National Assembly elections. The new ambassador, James Story, was confirmed by US Senate voice vote – Democrats supporting Trump’s nominee – on November 18.

Ambassador Story took his post in Bogotá, Colombia. No, this is not another example of Trump’s bungling by sending his man to the wrong capital. The US government does not recognize the democratically elected government in Caracas.

US hostility to Venezuela started when Hugo Chávez became president in 1999 and continues to this day, according to Adán Chávez, the late president’s older brother and vice-president of the PSUV, the ruling socialist party in Venezuela. “For the last 21 years,” he commented, “the empire has been perfecting its attacks” on Venezuela.

The elder Chávez, spoke at an international online meeting with the US Chapter of the Network of Intellectuals, Artists and Social Movements in Defense of Humanity on November 19. He described the Bolivarian Revolution’s project to build a true and participatory democracy as a “long path.”

Adán Chávez explained that the Bolivarian Revolution was not initially socialist, although it was against neoliberalism. The traditional parties in Venezuela in 1998 had lost their appeal to the voters. Hugo Chávez ran and won, looking for a “third way” that was neither capitalist nor socialist. What the revolution discovered was that there was no third way: either socialism or barbarism.

RELATED CONTENT: Venezuela: Expectations After the December 6 Elections for the National Assembly

When in 2013, Venezuela elected President Nicolás Maduro and not the US-backed candidate, the US declared that election fraudulent and refused to recognize the winner. In the 2018 when Maduro was reelected, the US – not taking any chances – proclaimed fraud four months in advance of the vote.

Guaidó’s claim to the presidency was based on being third in constitutional succession, overlooking that neither the Venezuelan president nor vice-president had vacated their offices. At the time, the 35-year-old was unknown to 81% of the Venezuelan people, according to a poll by a firm favorable to the opposition. Guaidó was not even a leader in his own far-right party, Popular Will. He had never run for national office and his previous “exposure” was just that. A photograph of his bare behind made the press when he dropped his pants at a demonstration against the government. The person, whose butt may have been better known than his face, only got to be president of the National Assembly by a scheme which rotated the office among the parties in the legislature.

But Juan Guaidó had one outstanding qualification to be the US-anointed puppet president of Venezuela – he was a trained US security asset.

After several failed coup attempts, endemic corruption among his appointees, and dismally fading prospects, Guaidó’s last shred of legitimacy – his National Assembly office – will be contested on December 6 with elections to the unicameral legislature.

Guaidó’s parallel government has named ambassadors without power and has colluded with the US to loot Venezuelan national assets. His former attorney is now on the legal team working to take over CITGO, the oil company in the US owned by Venezuela. To date, well over $24 billion of Venezuela’s assets have been given away.

The US government has preemptively declared the National Assembly elections fraudulent.  Guaidó’s political party and others on the far right have dutifully obeyed Trump’s directive to boycott the contest. However, other opposition elements have broken with the US strategy of extra-parliamentary regime change and are participating in the elections. They have also distanced themselves from Guaidó’s calls for ever harsher sanctions against his people and even for US military intervention. This emergence of an opposition willing to contest by democratic means is a promising development.

The extraordinary level of US interference in Venezuela’s electoral process highlights their importance. To maintain discipline among the inauthentic opposition, the US has sanctioned some opposition party officials for registering to run in the elections. Nevertheless, 98 opposition parties and nine Chavista parties will be contesting on December 6 for 277 seats in the National Assembly.

Following the US’s lead, the European Union rejected the upcoming election and an invitation to send election observers. A long list of international figures including Noble Prize winners and former heads of state petitioned the EU: “This election represents, above all a democratic, legal and peaceful way out of the political and institutional crisis that was triggered in January 2019 by the self-appointment of Juan Guaidó as ‘interim president’ of Venezuela.”

The nine Chavista parties are not running on a unified slate although they loosely remain is the broad coalition called the Great Patriotic Pole. The new Popular Revolutionary Alternative coalition, which recently formed to run candidates independently, includes the Venezuelan Communist Party.

Communists normally would not get favorable ink in The New York Times. But when there are splits on the left, the empire’s newspaper of record exploits them: “They championed Venezuela’s revolution – they are now its latest victims.” The paper reports: “The repression is partly an outcome of Mr. Maduro’s decision to abandon the wealth redistribution policies of his late predecessor, Hugo Chávez, in favor of what amounts to crony capitalism to survive American sanctions [emphasis added].”

The key to deconstructing the Times’s hit piece is the phrase, “to survive American sanctions.” As Alfred de Zayas, the United Nations Human Rights Rapporteur on Venezuela, had observed even before the pandemic hit, the US sanctions on Venezuela are causing “economic asphyxiation.” Compromises have been necessitated. Somehow the Times misses the irony of them accusing Venezuela of capitalism.

In this context, overreactions by the ruling party, realistically feeling under siege, have occurred. Maduro has survived a drone assassination attempt, mercenary invasions, and abortive coups. Although running independent candidates, Communist Party leader Oscar Figuera states “we see imperialism as the main enemy of the Venezuelan people.” And on that the Chavista forces are united.

Venezuela’s Vice Foreign Minister Carlos Ron characterized the election as a referendum against the “brutal blockade” imposed by the US and its allies and against their effort to undermine Venezuela’s democracy by trying to prevent the election from being conducted. He spoke from Caracas in a webinar produced by the US Peace Council and others on November 18.

Ron lamented that the Venezuelan opposition does not play by the rules. In the 24 national elections held since the election of Hugo Chávez, only the two that have been won by the opposition were deemed legitimate by them. Yet this is the electoral system that former US President Jimmy Carter proclaimed to be “the best in the world.”

Margaret Flowers with Popular Resistance spoke in the November 18 webinar calling for the US government to end the illegal coercive economic measures, including unfreezing Venezuela’s assets along with ending interference in Venezuela’s elections. Flowers called for re-establishment of diplomatic relations with the legitimate government of Venezuela based on peace and mutual respect.

Ajamu Baraka, with the Black Alliance for Peace, spoke at the webinar of the necessity to protect the Venezuelan project as the “gateway to the transformation of the entire region,” which is also why the US sees Venezuela as a threat. He cautioned that Joe Biden has the same policy as Trump. When the Democrats have opposed Trump’s Venezuela policy, it has been from the right. Our responsibility, Baraka concluded, is to build a clear anti-imperialist movement.

Roger D. Harris is with the Task Force on the Americas, a human rights organization founded in 1985. He was an observer at the 2013 and 2018 Venezuelan presidential elections. He is also a member of the Advisory Board of the Network in Defense of Humanity, US Chapter

Featured image:  Justice and Peace for the people of Chavez, Photo: Bill Hackwell