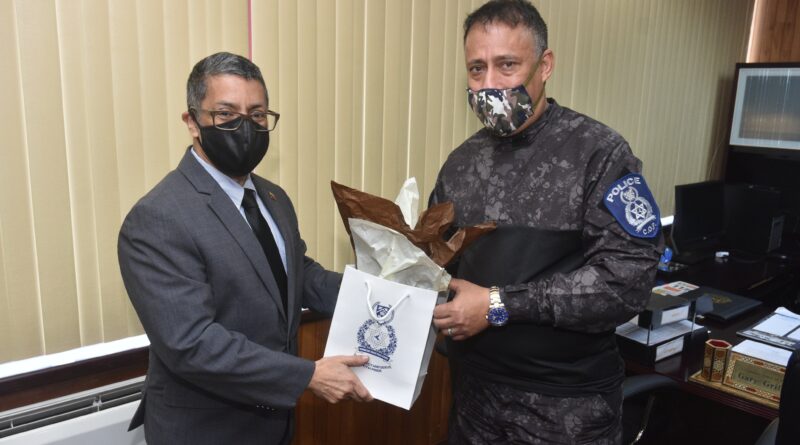 The Venezuelan Embassy in Trinidad and Tobago reported this Friday that Ambassador Carlos Amador Pérez held “a cordial and important working meeting” with the Police Commissioner of the island country, Gary Griffith.

According to the Spanish agency EFE, Griffith “said that the necessary security measures will be implemented to guarantee the protection of Venezuelans in that country, while awaiting the decision of the local authorities regarding the 16 Venezuelan children who await asylum after being deported.”

Trinidad & Tobago Guardian reported that the Police Commissioner offered these statements after his meeting with the diplomatic representative of Caracas, while he was making a “courtesy visit” to the Port of Spain police station.

RELATED CONTENT: Minister of Trinidad and Tobago Says he is Unaware of the Venezuelan Deported Children Case (#DondeEstanLos16)

The Trinidad and Tobago Police Service (TTPS) will continue to ensure security measures are in place for Venezuelans in this country.

Commissioner of Police, Gary Griffith, made this commitment today when he met with His Excellency, Carlos Amador Perez Silva, Ambassador of the pic.twitter.com/5bIA91LVch

“Ambassador Pérez Silva identified areas of cooperation in relation to the Venezuelans residing in that country, with the purpose of developing more effective mechanisms to process and resolve consular matters,” states the Trinidadian media.

In statements to the press, Gary Griffith asserted that the Venezuelan diplomat hopes that efforts can be articulated to fight crime. On the side of Trinidad and Tobago, the Police, in cooperation with the Ministry of National Security,” will continue to implement specific measures to protect the integrity and interests of all Venezuelan citizens.”

The commissioner did not offer details regarding the case of the 16 children deported by the authorities of the Caribbean nation, but the Minister of National Security, Stuart Young, told EFE that he will hold a virtual meeting with his Venezuelan counterpart, although he did not specify the date.

Likewise, Young said that he will appear before Parliament to answer questions on the issue that the opposition has raised.

When asked about the deportation of 16 minors, according to EFE, the official asserted that the Venezuelan migrants were “escorted” beyond the country’s borders, as established by current legislation on the matter.