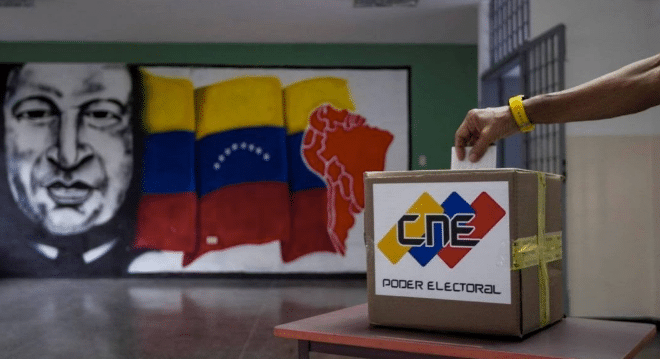 Next December 6 the people of Venezuela will have a chance to vote for the 277 members of the National Assembly (NA), which is the unicameral Venezuelan Parliament. The last NA election occurred in December 2015 when the rightwing opposition won a majority. However, the NA was declared in contempt by the TSJ (Supreme Court) as a result of serious electoral irregularities with three members, and breaches against the constitutionally mandated obligations of the NA as a legislative body. In a glaring attempt of a parliamentary coup the NA president Henry Ramos Allup issued his first official call to remove Venezuela’s president Nicolas Maduro “within 6 months.” Ramos Allup was surely emboldened by street protests by a small extremely violent group in 2014 and by president Barack Obama’s surprising declaration in March 2015 that Venezuela was a threat to US national security.

What makes the this NA election of particular interest, compared to 2015, is the drastically different economic context that Venezuela has been forced into as a result of draconian and unlawful US, European and Canadian unilateral coercive measures (“sanctions”), threats of military interventions, attempted assassinations and mercenary invasions.

During the period from 2014 to 2019/2020, 51 international banks have frozen or confiscated close to US$6 billion of Venezuelan assets, half of that in gold virtually stolen by the Bank of England and cash blocked by Novo Banco of Portugal. Venezuela’s international reserves have dropped by 70% to less than US$7 billion. Oil production has dropped by 68.7% for an estimated value of US$67 billion. Hard currency revenues have dropped by 99%! These and other indicators would fit the description of a country under siege. It is indeed so. This is a non conventional war that is being unilaterally and unlawfully waged by the United States. Venezuela continues calling for peace, not surrender.

Among the most recent plans to cripple Venezuela, such as disinformation, sabotage, mercenary invasions and threats, perhaps the most cruel at the time of a COVID-19 pandemic is the financial blockade of transactions for the acquisition of the most essential medications, medical supplies and equipment from corporate suppliers. This is considered responsible for the death of more than 40,000 people due to the lack of timely health care.

Countries like Cuba, Iran, Russia and China have helped to a large extent, however Venezuela, as a fully compliant member of the community of world nations at the UN, does not deserve the aggression of a small but powerful group of nations that grossly tramples on the UN Charter.

Despite the war situation, the government of Nicolas Maduro has maintained social programs for the support of the population and has allowed the election of the Constituent National Assembly to fill in the vacuum created by the lack of the legislative body in contempt. The Constituent National Assembly was never meant to be a permanent replacement for the constitutionally mandated National Assembly. Therefore, the elections of December 6 will go on as scheduled with the democratic participation of 107 political parties, a proven fair electoral process and a population willing and ready to exercise its right to vote. A handful of opposition political parties have opted to abide by the call of self-appointed “president” Juan Guaidó who is fulfilling the demands of a foreign nation to abstain from and boycott the process.

The real concern for all Venezuelans is not whether to have elections on December 6 or not. By all indications a large majority of the people of Venezuela will turn out to vote. They have grown accustomed to express their political choices through democratic ballots. This will be the election number 25 in the 20 years of the Fifth Republic established by Hugo Chavez.

RELATED CONTENT: Webinar: Venezuela Votes in Defiance of US Calls for Election Boycott: The Meaning of the Results (Tuesday December 8th)

The real concern should rather be, how will the new elected National Assembly of the Bolivarian Republic of Venezuela confront the political challenges? The question is especially crucial in consideration of the hybrid war situation Venezuela is under from the US empire as summarised above, and the serious internal political divisions as one of the tools used by the hybrid war.

The governing party PSUV (United Socialist Party of Venezuela) is expected to win a majority in the NA, however, regardless of the balance of forces, the elected NA must fulfil its functions as a legislative body as mandated by article 187 of the constitution and according to the law. Like any other parliamentary body in the world it must revise, discuss and pass legislation on all social, economic and security matters in order to guarantee the “functioning of the different branches of the National Power.”

Aside from issuing legislation to deal with the economic situation, the new NA will face two related challenges. The most pressing is the continued foreign intervention in the internal affairs of Venezuela. The recent presidential election in the US does not suggest that president-elect Biden will revise the regime change policy for Venezuela that was overtly initiated by president Obama in 2015 when Biden was vice-president. The track record shows that during the Obama administration there have been more foreign interventions in other countries than during the Trump administration.

The second challenge is the obstinate extreme right opposition in Venezuela that is currently boycotting the elections of December 6. This minority group has excluded itself from contributing to a democratic political solution because it is ideologically and materially supported by the US that some observers consider is breaking Venezuelan laws by virtue of calling for a foreign intervention. The Maduro government has shown great restraint allowing this to happen. The new NA must debate on this issue as well. However, to the extent that the US interference is kept under control this intransigent opposition in Venezuela may become obsolete and its supporters will re-join the democratic process.

Two political observers – Jesus Rodriguez Espinoza, editor of Orinoco Tribune and former Venezuelan Consul General to Chicago, and Venezuelan-American activist William Camacaro from Valencia, Venezuela – will be reporting on December 8 from Venezuela about this and other issues in an online analysis of the December 6 election results. Registration available here. The event is sponsored by the Alliance for Global Justice and the Canadian Foreign Policy Institute among other organisations.