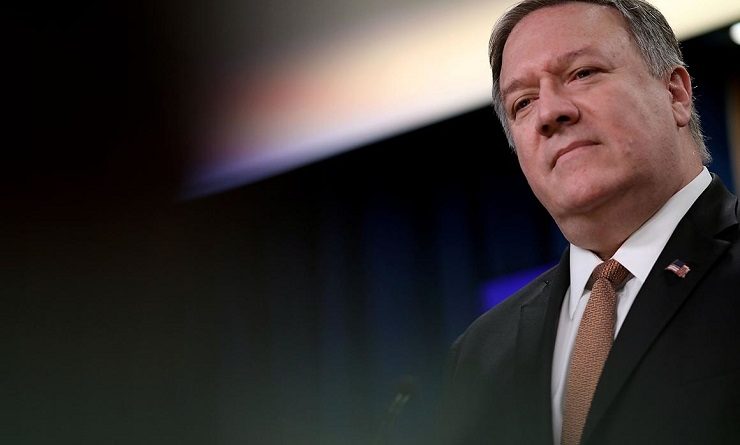 The US continues to deny any involvement in ongoing unrest in China’s special administrative region of Hong Kong.

However, even a casual look at US headlines or comments made by US politicians makes it clear the unrest not only suits US interests, but is spurred on almost exclusively by them.

The paradoxical duality of nearly open support of the unrest and denial of that support has led to headlines like the South China Morning Post’s, “Mike Pompeo rebukes China’s ‘ludicrous’ claim US is behind Hong Kong protests.” The article claims:

US Secretary of State Mike Pompeo has said it is “ludicrous” for China to claim the United States is behind the escalating protests in Hong Kong.

Pompeo rebuked Chinese foreign ministry spokeswoman Hua Chunying, who had claimed violent clashes in the city prompted by opposition to the Hong Kong government’s controversial extradition bill were “the work of the US”.

However, even US policymakers have all but admitted that the US is funnelling millions of dollars into Hong Kong specifically to support “programs” there. The Hudson Institute in an article titled, “China Tries to Blame US for Hong Kong Protests,” would admit:

The article would then quote Pillsbury as saying:

We have a large consulate there that’s in charge of taking care of the Hong Kong Policy Act passed by Congress to insure democracy in Hong Kong, and we have also funded millions of dollars of programs through the National Endowment for Democracy [NED] … so in that sense the Chinese accusation is not totally false.

A visit to the NED’s website reveals an entire section of declared funding for Hong Kong specifically. The wording for program titles and their descriptions is intentionally ambiguous to give those like US Secretary of State Mike Pompeo plausible deniability.

Johnson Yeung Ching-yin, from the Civil Human Rights Front, was among 49 people arrested during Sunday’s protest – deemed illegal as it had not received police approval – in Central and Western district on Hong Kong Island.