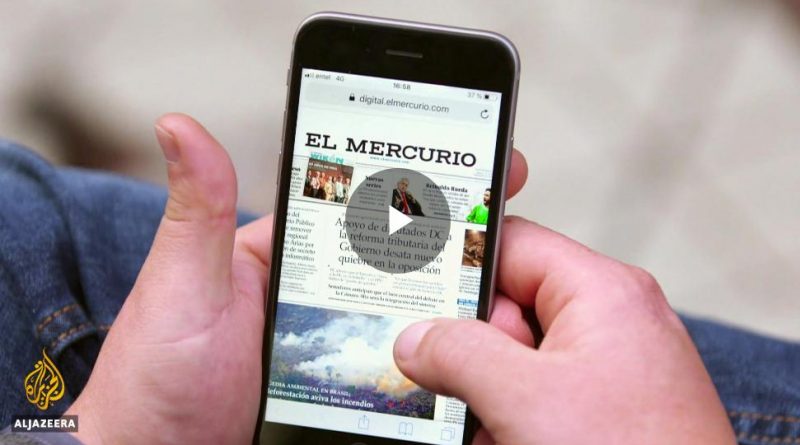 We examine coverage and CIA funding of the paper that supported the 1973 Chilean coup and the following dictatorship.

Frequently on The Listening Post, we are warned about getting too close to the story. Like a lens that zooms in too close, there is always a danger that proximity blurs our vision.

Yet, zoom-in we did, to a blurred image of fighter jets bombing La Moneda, Chile’s presidential palace on September 11, 1973. That image may have made front pages around the world, but in Chile, media coverage of the military coup led by General Augusto Pinochet, was kept to a bare minimum.

One of those papers was the country’s conservative daily, El Mercurio, whose headline simply stated: “The military now controls the country.” This was an outlet that did not just report on the story, but had become an integral part of it.

It was the height of the Cold War and the United States had looked on nervously as socialist movements – and Soviet influence – gathered apace around the continent.

Years later, declassified US CIA documents revealed how the CIA pumped millions of dollars into El Mercurio to spearhead a propaganda campaign against Allende’s government.

RELATED CONTENT: Telling the Truth in a Climate of Disinformation

One might have imagined that nearly 50 years would have been enough time for the dust to settle – enough time to get a response from El Mercurio on charges of complicity in the coup, and of covering up the human rights violations committed during the brutal 17-year dictatorship that followed. Yet, despite our best endeavours, El Mercurio avoided our requests.

We made the film nevertheless, because despite the paper’s refusal to respond, or perhaps precisely because of it, we still need to talk about El Mercurio.