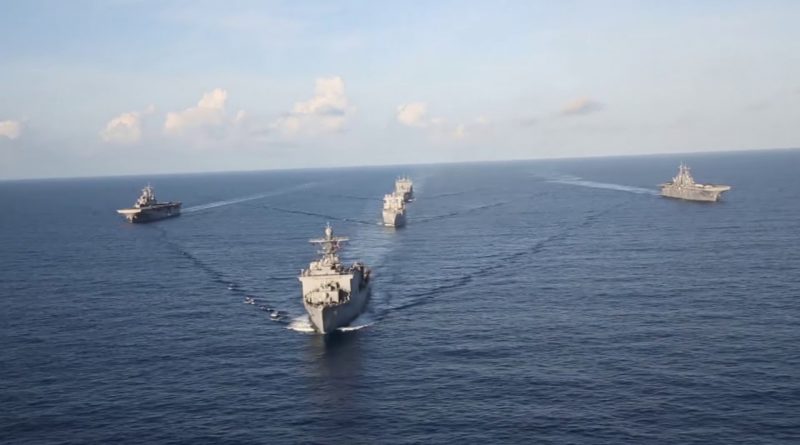 “The Secretary of Defense is directed to order to active duty for not more than 365 consecutive days, any units, and any individual members not assigned to a unit organized to serve as a unit, of the Selected Reserve under the jurisdiction of the Secretary of Defense, not to exceed 200 Selected Reservists at any one time, as he considers necessary,” the decree reads.

A Pentagon spokesperson told the Daily Caller that the defense secretary will use the order to mobilize a unit of the Air National Guard to aid in Washington’s “Enhanced Department of Defense Counternarcotic Operation in the Western Hemisphere.”

On April 1, the Trump administration announced the deployment of US Navy destroyers, AWAC surveillance aircraft, and on-ground special forces units to the Caribbean Sea in what has been reported as one of the largest operations in the region since the 1989 US invasion of Panama.

However, Pentagon sources have criticized the move as a show of force intended to distract from the rising COVID-19 death toll in the United States.

The deployment came days after the US Justice Department unsealed “narco-terrorism” indictments against Maduro and other officials, including a $15 million award for the Venezuelan leader’s capture.

According to data from US agencies, only a small fraction of drug routes pass through Venezuela, with most cocaine exiting Colombia via the Pacific and entering US territory via Central America and Mexico.

Trump’s executive order followed reports that the US is investigating oil-for-food deals involving the Venezuelan government and Mexican companies.

Reuters revealed on Wednesday that the State Department, the Treasury Department and the US Embassy in Mexico are investigating two 2019 agreements with Mexico-based Libre Abordo, and an affiliated company, Schlager Business Group. US authorities have requested the Mexican government’s assistance in the case.

Libre Abordo told Reuters that “the humanitarian aid contract signed with PDVSA fulfills all requirements to avoid any sanctions by the U.S. government.”

The US Treasury Department has imposed successive rounds of sanctions against Venezuela’s oil industry, starting with financial sanctions in August 2017. In January 2019, Washington imposed an oil embargo, later expanded to a blanket ban on all dealings with Venezuelan state entities.

In 2020, the Trump administration has ramped up its unilateral measures,levying secondary sanctions against Russia’s Rosneft. The Russian oil giant had been buying a large portion of Venezuela’s crude before rerouting it to other destinations. In March, Rosneft sold its Venezuelan assets to an unnamed Russian state company. Washington likewise threatened Indian companies into winding down their oil-for-fuel deals with PDVSA, warning international companies not to supply fuel to the Venezuelan government.

Pompeo accused the company, which is under US sanctions, of delivering “unknown support” to the Maduro government.

According to Venezuelan officials, two Iranian flights landed in Western Venezuela last week as part of joint efforts to bring the Cardon refinery back online. Cardon is part of the Paraguana Refining Complex, the second largest in the world, and has a capacity to refine up to 300,000 crude barrels per day. It had been paralyzed since the March 2019 power blackouts.

US sanctions have caused severe fuel shortages in the Caribbean country, forcing Russian giant Rosneft to liquidate its Venezuela holdings and Indian companies to cease their oil-for-fuel swap deals. The Venezuelan government is hoping to tackle the fuel scarcity by jumpstarting production at its refineries. The El Palito refining unit in Carabobo State, with a capacity to process 80,000 crude barrels daily, was reactivated on April 15 following months of repair work.