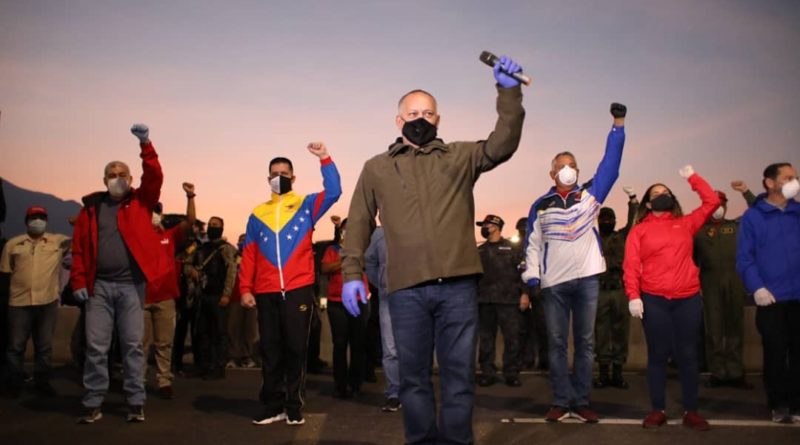 The president of the National Constituent Assembly (ANC), Diosdado Cabello, led an event at the Altamira Bridge, in front of the La Carlota military air base in Caracas, this Thursday shortly after dawn, recalling the victory of the Venezuelan people a year ago against the coup d’état attempt of April 30, 2019 led by Juan Guaidó, Leopoldo López and a small group of traitors, including the then director of the Sebin, Manuel Cristopher Figuera. The attempt was orchestrated and openly supported by the US government.

Cabello stressed this Wednesday that the response of defense of the Homeland in civic-military union on April 30, 2019, has a central reason: the Bolivarian fury. “The fury of a people that is not willing to surrender, with very clear objectives, identification of the objectives and very pertinent and immediate actions. There a deserved tribute was paid to those who “gave their lives in defense of the homeland.” As an extremely important fact, he stressed that extremist opposition “never set foot in La Carlota” and added, the battered right wing never uncorked their chilled champagne.