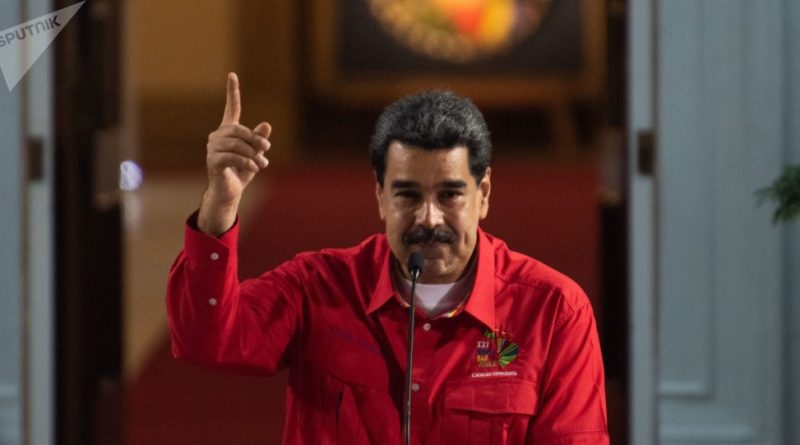 The total embargo declared by Donald Trump against Venezuela is another step in sharpening his strategy to generate chaos in the country and overthrow Nicolás Maduro. Julio Escalona, deputy of the National Constituent Assembly, analyzes the situation, the possibility of dialogues, and challenges.

“The US aims to overthrow the government of Venezuela, that is a fact, it is the background of US policy, and there are no indications that can suggest this will change,” said Escalona, analyzing the different movements taken by the Trump government.

The last measure was the signing of the executive order to freeze Venezuelan assets in the US. “All assets and interests of the Government of Venezuela that are in the US are blocked and cannot be transferred, paid, exported, withdrawn or otherwise negotiated,” reads the text.

“A decision to overthrow a government cannot be stopped, it must be permanently struck until such time as the conditions to overthrow it are created,” explains Escalona. The timeline demonstrates this: the attacks have been escalating and this 2019 has been a doubling of the assaults.

The chaos
The economic, financial blockade seeks to strike on the macroeconomic variables, encircle the country until it suffocates. “They are increasing the pressure to see how much it can stand, and I think we will withstand it. What we have to keep in mind is what other move the US is preparing,” says Escalona, who is also a professor at the Central University of Venezuela.

The other strategy that “is pending, which has been implemented, but by eyedropper, is that of paramilitary action in the interior of the country, in a series of strategic places such as coasts, borders, in agricultural areas,” he analyzes.

The maneuvers have a central purpose: to generate chaos. “The goal is to turn everyday life into hell, so that people don’t find a way to live, and then they expect the people to rebel, to be demoralizes, to lose confidence, faith, to sharpen the chaos, and therefore the social cohesion, so that grassroot initiatives are frustrated.”

RELATED CONTENT: Even anti-Chavista Economists are Talking About the Negative Effects of US Embargo

This is central for two reasons. In the first place, because in that social cohesion is one of [Chavismo’s] own strengths. “The Chavista policy, of Chávez, was to stimulate the imaginary and solidarity realities, creating solidarity networks in the people, which affirms the people as a people and gives the feeling that they are not alone, and that, if they unite, they can resist”. That has been one of the keys to electoral and political victories [for Chavismo].

Secondly, because the United States discovered that point: “There is a center of attack placed there, dissolving relations of solidarity, stimulating individualism … competition, which is the basis of neoliberal policies.” The objective, in this phase, is to sharpen all these variables to the limit to force the overthrow. The embargo has that dimension.

Press to negotiate?
Trump’s decision was accompanied by the message conveyed by security adviser, John Bolton , who said that “the time for dialogue is over, it is time for action.” His words were spoken before the government or the opposition having terminated the negotiations on the island of Barbados, with the mediation of Norway.

Juan Guaidó affirmed on Tuesday, August 6 that “the option of Norway continues.” In terms of negotiation, the new measure can be seen as an action to improve its correlation of forces in the negotiation. And, there is no doubt, the dialogue, as Escalona states, is by the Venezuelan Government directly with the United States.

That need is explained by the depth of anti-imperialism of a large part of the Venezuelan people. The national issue has been a permanent obstacle for the US, which has not had in 20 years an opposition force capable of agglutinating a block with popular traction force. The expectation with Guaidó was quickly deflated. American protagonism is proportional to local (puppet) weakness.

That is why the overthrow strategy seeks to work on the injection and expansion of chaos, together with the attack on the Bolivarian National Armed Forces (FANB): “The FANB unit has been maintained so far, which is another aspect on which the empire works, it has achieved some breaks, but none that breaks it.”

Is an intervention possible?
As for the option of direct and open military intervention, Escalona doubts that it could happen that way: “It is politically inconvenient in Venezuela, in the US there is a sector of the political leadership that does not want an imperial war, which knows the cost of that.” The agreement is in the two central points: destabilization and paramilitary war. Everything is war, the issue is, in part, how you present it.

The constituent insists: “My position of principle is that the US will not give up in the war against Venezuela.” It means that there will be no truce, it will increase the overlapping of assault variables with the imperial impunity that allows Trump to declare an embargo and have a complicit silence of allied European governments, as well as applause from Latin American right-wing governments.

Escalona is a big man. He has been a participant in many events of Venezuelan political life, always on the side of the left and, since Chavez, of Chavismo. He is optimistic as well as critical. One of his analyses to sustain the possibility of resistance is in the geopolitical dimension.

“So far neither China nor Russia are apparently pressing Venezuela to surrender. They have invested a lot here, not only economically but politically,” he says.

He adds a central question: “they did not come here to convince Chavez, but Chavez showed them the importance of negotiating with us, it has been a deliberate decision to form a multilateral block relevant for the alliances of Venezuela.”

As for the economic issue, Escalona starts from a nodal fact: the need for production. “Saying it is easy, the country has the means to do that, it has resources, land, people who know how to sow, the communes are producing, why don’t we face it? There is the detail, and that is of course in Venezuela, like any country under a state of war, there is a fifth column.”

The existence of that fifth column is, he analyzes, part of the North American strategy: “with that the empire works, how to generate a correlation of forces that prevents us from solving some problems that have a solution.”

Producing, de-bureaucratizing, building a correlation of internal strength, fighting corruption, are some of the keys he points out to achieve what gives victory in war: the capacity for cohesion, defense and attack. This dimension must be resolved while looking for ways to overcome the now declared oil embargo by an economic and military power of greater strength.

One issue is certain, just as the US will not cease its attempt , neither will Chavismo stop looking for ways to deal with it: “the checkmate on either side is complex, difficult to predict, and what I can foresee is that we are going to resist and we are not an easy enemy, that of ‘here no one surrenders’ is not just a saying.”