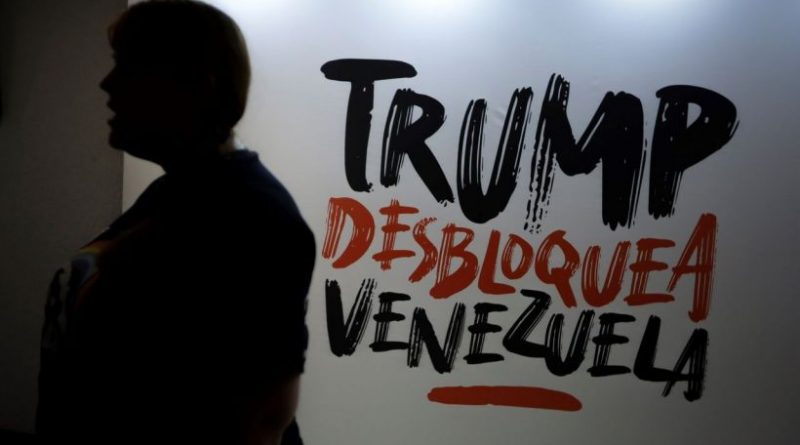 On the recent announcements of US embargo on the Venezuelan economy there are opinions of undisputed anti-Chavistas, a group of Venezuelan economists who are putting up with the narrative imposed by the executors of the blockade, which assumes that the only one affected would be the Venezuelan government.

In the plot of suffocation to the Venezuelan economy, the story is also disputed. In the midst of a rhetoric that aims to misrepresent the effects of the comprehensive embargo that Washington ordered against Venezuela last Monday, the concealment and deviation of responsibilities from its impact is a vital issue for the political management of such crude attack.

The economist and dean of the Faculty of Economic and Social Sciences of the Andrés Bello Catholic University (UCAB), Ronald Balza Guanipa, admitted in an interview for Vivo Play that Trump’s economic blockade will have effects on the population.

“The situation will economically deteriorate Venezuela, not only because of the sanctions but also for not having access to other types of currencies or activities that allow it to generate income for the country,” Balza said during the interview.

Regarding the blockade of exports of oil, gold and other goods by the Venezuelan State, Balza said: “If Venezuela does not have access to other types of currencies that cannot come from oil activities or from those generated by the government, and without clean commercial production, because then the general situation of Venezuelans will deteriorate further, “he warned.

Contrary to the speech of the artificial “president” Juan Guaidó, who immediately and publicly supported Trump’s new sanctions, the economist and director of Ecoanalítica, Asdrúbal Oliveros, recognized through his Twitter account  that “the interpretation made by international companies and banks on the measures, their impact and safeguard measures could affect the private sector. “

Oliveros, an economist detractor of Chavismo and an opposition adviser, refutes the announcements made by Deputy Guaidó about the non-effect that the embargo would have on the private sector. Oliveros has thus incorporated a new item to question the already indented credibility of the opposition speaker.

The economist added in another tweet  that “there are collateral effects on the private sector, as the perception of risk of transactions with Venezuela is raised. Especially given the difficulty of the international financial system to discriminate whether or not an operation benefits the regime. They pay Righteous for sinners”.

In the same vein, the director of Capital Market Finance, Jesus Casique said in a piece on Dinero.com that with these new actions of the United States will be affected both oil exports and imports made by private entrepreneurs.

Meanwhile, in the specialized Banking and Business portal, they collect statements from another of the opposition experts, Francisco Rodriguez, promoter of dollarization in Venezuela and who was proposed as Minister of Economy by Henri Falcón in a hypothetical opposition government. When asked by The New York Times , he warned that “the blockade could affect private financial operations and the foreign exchange market.”

Rodriguez added that “recently (due to sanctions), per capita imports from Venezuela have already fallen to the lowest level since the 1950s. In fact, the country’s foreign purchases totaled only $ 303 million in April, 92% less. than in the same month of 2012, according to Torino Capital. “

Venezuelan Foreign Minister Jorge Arreaza, on Tuesday, August 6, denounced that although the effect of the blockade will be particularly sensitive in the general population, the business and commercial sectors will also suffer from the shocks of these measures, thereby worsening the cycle of economic disruption that the Trump Administration has undertaken in recent years in an open destitution agenda in Venezuela. The opinions of these economists seem to validate his claim.

The fracture of the anti-Chavista argument, like a gap that opens between the Guaidó speech and well-known opposition economists, also breaks into denial of Washington and its officials, including John Bolton, who in a fallacious handling of public opinion insist that “the embargo is against Maduro. “

The European Union, meanwhile, also referred to the rejection of Trump’s new actions against the Venezuelan economy, considering that they will condition European interests in Venezuela, a sign of undoubted effects that the Venezuelan economy will have as a shock wave, interfering negatively in the economic relations also between private companies.