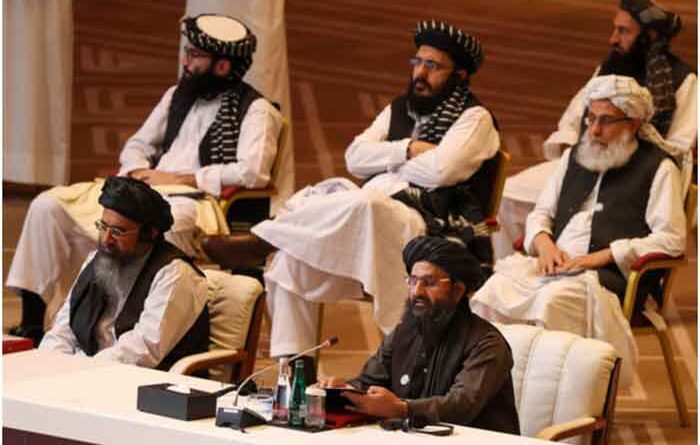 Speculations abound over Taliban’s aim to exploit the vacuum left by the partial withdrawal of US-NATO troop to seize control of the capital Kabul and re-establish an Islamic Emirate, similar to the one the US dislodged from power after its 2001 invasion. The ground reality seems to confirm these concerns about an impending civil war.

Violence and territorial contestations are steadily increasing. There has been an over two-and-half fold increase in terrorism-linked fatalities in May, 2021, in comparison to the previous month; the security forces have suffered a three-fold surge in fatalities in the same period. The Afghan National Security Force (ANSF) have suffered disruptions in supply of essentials like ration, shortage of ammunition and witnessed 26 of their bases surrendered to Taliban in May 2021.

Supporting Taliban
The morass in Afghanistan is a byproduct of USA’s hypocritical dealings with Taliban. Beginning from July 1979, Washington financed and armed extremist Islamic forces to invade and destroy the secular, modernizing, Soviet-backed regime in Afghanistan, with logistical support from the Pakistan military and intelligence agencies and financial backing from Saudi Arabia. The strongest of these reactionary mujahedeen groups were called the Taliban. It was they who claimed victory in 1996.

RELATED CONTENT: US Attempts to Conquer Eurasia, Control Over Afghanistan

Glyn Davies, then US State Department’s spokesperson, told reporters that he found “nothing objectionable” in the laws of the Taliban state; these, he suggested, were “anti-modern”, not “anti-western” and, therefore, presumably legitimate. He hoped the Taliban would “form a representative interim government that can begin the process of reconciliation nationwide.”

From 1996 to 2001, US relations with Afghanistan revolved around proposed pipelines to bring oil and gas from the Caspian basin on a route that would bypass Russia, Iran and China. Before the September 11 attacks, the American oil giant Unocal had been negotiating with Taliban for the construction of an oil pipeline through Afghanistan to Pakistan and out to the Arabian sea.

In December 1977, a delegation of Taliban mullahs traveled to USA and met State Department officials and Unocal executives in Houston. Zalmay Khalilzad—a consultant for Unocal who would later become the US ambassador to Afghanistan—met the Taliban leaders in a luxury hotel, chatting pleasantly about a proposed multibillion-dollar pipeline deal. He publicly voiced support for the radical Islamists at the time. The “Taliban does not practice the anti-US style of fundamentalism practiced by Iran—it is closer to the Saudi model,” Khalilzad wrote in 1996.

In January 1998, the Taliban signed an agreement that would allow a proposed 890 miles, $2 billion natural gas pipeline by Unocal to proceed. Unocal also considered building a 1000 mile, 1 million barrel-per-day capacity oil pipeline that would link Charzou in Turkmenistan to Pakistan’s Arabian Sea coast via Afghanistan. The cost of this project was estimated at $2.5 billion.

All negotiations over these initiatives collapsed in 1998, when Al-Qaeda bombed two US embassies in Africa. By then, the terrorist group, led by Osama bin Laden, had relocated from Sudan to Afghanistan, where it was offered safe harbor by the Taliban. The US now realized that Taliban was not a dependable instrument for the realization of its interests in Central Asia. Thus, American strikes were being planned against the jihadist entity two months before the terrorist assaults on New York and Washington.

Invasion
The September 11 attacks provided USA with the perfect excuse to implement a strategy it had been considering for months. In 2001, President George W. Bush launched an offensive in Afghanistan. The US war aims were straightforward: prevent Afghanistan from being a haven for al-Qaeda and bring democracy to Afghanistan by expelling the Taliban. There were also noises made about liberating women and educating the Afghan citizenry.

Bush forged an alliance with powerful local warlords—remnants from the war against the Soviets and subsequent civil war during the 1990s—who had retreated to northern Afghanistan to quickly overthrow the Taliban government. The war lasted a few days, and the Taliban barely resisted. However, after capturing Kabul and defeating the standing army, USA spent the next two decades in losing irregular warfare.

The initial victories laid the groundwork for future defeats. Bombing drove millions of peasants and farmers, shopkeepers and artisans into the local militia. The invaders were defeated by the indigenous forces of religious nationalism linked to families and communities. Billions of dollars were spent devastating the economy and impoverishing the vast majority of Afghans. Only the opium trade flourished. The efforts to create a puppet regime failed miserably.

US military and coalition presence in Afghanistan generated hatred among the Pashtun population—the majority ethnic group constituting the social base of Taliban. Since the invasion, an unstable government, commanded by leaders of different Afghan minority ethnic groups (Uzbeks, Tajiks, Hazaras, etc.), has been in power. This has resulted in a weak government, maintained solely due to the US’ political support and military presence along with NATO’s.

The US, its NATO allies, and the ANSF have killed more than 50,000 Taliban fighters over the years, including, in 2016, its foremost leader Mullah Akhtar Mohammad Mansoor. In 2019-2020, several senior commanders were killed, including the governors of Badakshan, Farah, Logar, Samangan, and Wardak provinces. Yet, the Taliban has managed to replenish their ranks, procure new weapons and ammunition, and raise money, above all through taxes on opium poppy farming.

The US government has spent more than $1 trillion on an invasion that has killed at least 175,000 Afghans since the first air strikes were launched on October 7, 2001. In addition, 3,500 soldiers from the invading coalition have been killed, and many thousands more have committed suicide once they returned home. After all this bloodshed, Afghanistan is on the verge of another civil war. This is the result of the American empire’s disastrous engagement with the country, which is purely motivated by imperialist and commercial interests.

Featured image: Representatives of the Taliban at the Afghan Peace Talks. Photo: NewsIn