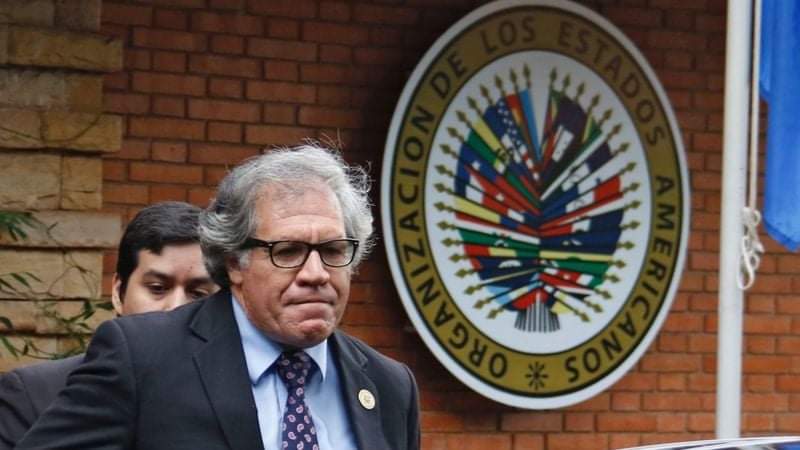 Much has been written about a meeting, convoked by the present Chair of the Permanent Council of the Organization of American States (OAS), to discuss “the situation in Cuba” which he was obliged to defer after objections by several member states.

The present chair is the ambassador of Uruguay, Abdala Washington. He convoked the meeting on Monday, July 26 to be held at 10 am on Wednesday 28 July. While the chair has the authority to convene a meeting of the Permanent Council, it is unusual that he did so without consulting member states. After all, he expected member states to participate in a meeting on a subject matter on which he decided; the least he might have done was to consult with the coordinators of the regional members of the OAS to determine their views. This is normal practice on any matters that would obviously be controversial.

In any event, no consultation was held, and OAS member states were surprised to be given less than 48 hours to discuss Cuba which had not participated in the OAS since 1962 when it was suspended by a general assembly of the OAS. It should be noted that, apart from Haiti, no CARICOM member state was a member of the OAS when that suspension occurred. Heading countries that voted for the 1962 suspension were such notorious figures as Alfredo Stroessner of Paraguay, Nicaragua’s Anastasio Somoza and Francois “Papa Doc” Duvalier in Haiti.

Since the 1962 suspension, Cuba had been discussed by the OAS only once. That was in June 2009 when the general assembly decided to lift the suspension at its own volition; Cuba had not requested its lifting.

The 2009 resolution itself stated that “the participation of the Republic of Cuba in the OAS will be the result of a process of dialogue initiated at the request of the government of Cuba.” Cuba’s response was that it had no interest in participation in the OAS.

The de facto position, therefore, is that Cuba has not been a participating member of the OAS for 60 years and has no wish to be a member. A sudden, unexplained decision to discuss Cuba in the Permanent Council troubled member states who could see no productive outcome from it. Indeed, if anything, such a discussion was considered to be harmful to diplomatic efforts to try to improve relations between the US and Cuba which was one of president Biden’s undertakings during his campaign to be elected President.

Further, on the same day that the chair of the OAS Permanent Council issued his unexpected convocation of the meeting to discuss Cuba, CARICOM heads of government had written to President Biden saying that they were “troubled by the circumstances in Cuba”, referring to protests that had taken place on July 11. They attributed the protests to the 61-year-old US trade embargo, punitive measures imposed by the Trump administration, and the effects of the COVID-19 pandemic.

They said, “All of this, together with threats to its national security, have contributed to placing Cuba in conditions of abnormality in which normal criteria and expectation cannot be applied.” They called on president Biden to lift the embargo “so that all the rights to which the Cuban state and its people are entitled can be respected and upheld”, and they recalled that “under a previous US administration of which you were a part, significant strides were made in this direction, and could be advanced to beneficial effect.”

Passing strange was an email sent to many OAS delegations by an organization called “Youth and Democracy in the Americas,” formed by Venezuelan nationals with help from the OAS secretary-general, Luis Almagro. Curiously, this organization, told OAS ambassadors on 27 July that it had “presented a petition to the secretary-general of the Organization of American States (OAS), Dr. Luis Almagro and subsequently our president Cecilia Navas met with the president of the Permanent Council of the OAS and also Uruguayan ambassador, Washington Abdala, to request an extraordinary session to discuss the serious humanitarian situation suffered by our Cuban brothers and sisters and the dangers facing democracy in the Republic of Cuba.”

They went on to say, “in view of the fact that the Permanent Council of the OAS has accepted our request and has convened a special session for tomorrow, July 28, with the situation in Cuba as its central theme, we, therefore, request your participation…“ It was evident from this email message that the chair of the Permanent Council and the secretary-general had accepted a consultation with an external group that has a specific political agenda, and not with member states of the OAS on the holding of a meeting to discuss Cuba. A very odd way to behave, causing more questions to be raised, concerning the motives for the meeting.

Thirteen CARICOM countries formally urged the chair to reconsider holding the meeting. I was authorized by those delegations to send the letter in my capacity as coordinator of the CARICOM group. Several other countries sent similar letters, and for fear of calling a meeting for which there would be no quorum, the chair decided to defer the meeting, pending an opinion from the legal department of the OAS Secretariat which is answerable to the secretary-general and routinely produces opinions consistent with his views.

The legal opinion has now been produced and, predictably, it concludes that the Permanent Council has “the competence to consider the situation in Cuba because “since Cuba never formally withdrew from the Organization, it remains a member notwithstanding its publicly stated position that it has no interest in participating in it.” It seems membership can be conveniently forced on the unwilling.

No possible useful purpose will be served by any meeting to discuss Cuba. The OAS can enforce nothing on it. Any discussion could only satisfy political hawks with an eye on US mid-term elections where winning South Florida with the backing of Cuban exiles would be a prize. The task of the OAS should be to promote peaceful and cooperative relations in the hemisphere, not to feed division and conflict.

Sir Ronald Sanders is Ambassador of Antigua and Barbuda to the United States and the Organisation of American States. He is also a Senior Fellow at the Institute of Commonwealth Studies at the University of London and at Massey College in the University of Toronto.

Featured image: Luis Almagro, secretary general of the Organization of American States, has allowed the organization to be used for US interests in Latin America. File photo.