Ven App has messaging functions, a channel for emergency reports and chat groups, and it has already had more than 50,000 downloads.

Venezuela has taken a step forward in terms of technology and connectivity by launching its new social media network: Ven app.

On March 17 President Nicolás Maduro announced the launch of a “social network for Venezuelans.” That very day, the new app registered more than 10,000 downloads in Google Play and the iOS App Store. As of March 26, it has been downloaded more than 50,000 times.

Local Connectivity
Among Ven app’s most attractive features is a direct communication bridge with the government through a system called Red Line.

The app is compatible with Android and iOS devices, and follows a path already taken by the Chinese app We Chat and the Russian apps VKontakte (VK) and Telegram. These have sought to move away from the Facebook, Instagram and Whatsapp Meta monopoly.

The Chinese and Russian apps have functions that range from messaging to simple everyday functions such as money transfers, buying plane tickets, ordering taxi services and even paying electricity bills. Ven app users may expect to enjoy these same functions.

During a meeting with the governors and mayors of Venezuela elected in the November 21 elections, President Maduro announced that the app is part of a digital transition with the aim of strengthening the State’s digital platforms used for consultations, social programs, and connectivity with state institutions. Maduro appointed the President of the National Assembly, Jorge Rodríguez, as the person in charge of this digital transition.

“A social network created by Venezuelan entrepreneurs has been born for Venezuela,” said President Maduro during the meeting, “and we consider it convenient to incorporate it in the electronic government services to help people file complaints and get prompt responses and solutions.” 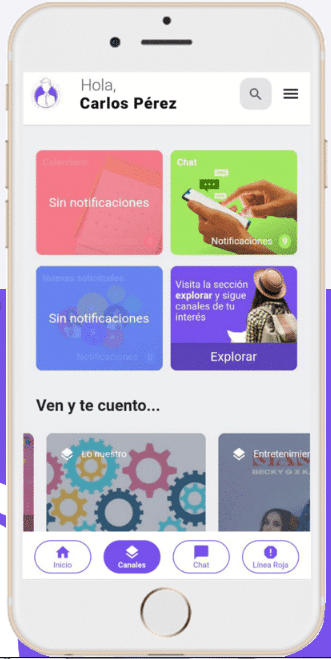 The red line
The Red Line is a tool that offers each user a direct channel to various institutions.

The idea is to let the Venezuelan public make reports and complaints of failures in public transport, health, gas and electricity, or to denounce problematic situations in areas of education, human rights, animal rights, or cases of discrimination.

This option also allows one to file reports, and make suggestions and requests.

The app’s website offers a series of video tutorials that explain in a simple way how to do all this.

To use the complaint channel, users must fill out a form with their data, date and place of the incident, and a description.

Additionally, users will be able to attach supporting documents with their request or complaint, and once it has been registered, the report can be monitored to check its status.

Ven app channels and chats
As far as social interaction is concerned, Ven app allows access to a series of channels dedicated to specific topics and classified in categories such as entertainment, sports, cinema, art, and music, among others. Users will not only be able to access up-to-the-minute information, but they will also be able to interact and debate with the members of each group.

Users will also be able to view, publish, share and even recommend content that, as in other social networks, is shown on a “wall.”

The channels also allow users to share and create files, images, videos, polls, and posts, either as public posts or for selected groups.

Ven app also has a chat option called Venchat where direct messages to single members or groups in the channels can be sent and which, as a novelty, do not use megabytes. These are free of charge.

As an interactive tool, it can help manage work groups for companies and organizations, create private or public groups, and schedule and program events.

Computer scientist, developer and programmer Luigino Bracci Roa expressed his support for the effort that the government is making to create its own virtual and digital spaces, “particularly with all the world events that are taking place and that have shown us how social media companies can block users and censor content unfairly and arbitrarily to please the interests of their owners and governments.”

“The application seems very good to me, although at the moment it is quite slow—I suppose due to its large number of users,” Bracci Roa added. “Let’s hope it overcomes this inconvenience. The app itself is a lot like Instagram when it comes to posting.”

RELATED CONTENT: Bolívar Currency Gains Ground over US Dollar in Venezuela after Years of Precipitous Devaluation

However, as other users have expressed, Bracci Roa warned that it is necessary to inform the public about the origin of the application and who manage it, as well as the terms and conditions under which it operates. “I think it is important that this social media network has terms and conditions that explain what is going to be done with the personal data collected: if it is going to be resold, what its privacy conditions are, and for how long this data will be stored?” he commented.

He also considered it important for the established norms and rules of the app to be made public to avoid unscrupulous acts or threats to the security and integrity of its users.

“Right now the atmosphere is calm,” Bracci Roa continued, “but we have had very critical moments in Venezuela, such as the guarimbas of 2014 and 2017, or the elections, events in which unscrupulous people have made threats against others because of their political leanings, and have published home addresses and personal data of opponents calling to attack them. They have published personal or private photos or videos of third parties. So there have to be very clear and specific rules about what is allowed and what is not.”

The Ven app website highlights that both the data and the content shared through the social media network “will not be used for a purpose other than the one for which people have provided it.”

One concern that users have expressed with great insistence is regarding a systems error when registering on the platform. The problem is that it is not allowing some users to log back in, for which other users have shared a possible solution.

Some feedback on instagram reads: “The same thing happened to me, so I wrote to venapp.com and they recommended me to uninstall the application and download it again. I registered again and it works fine now.”

Ven app administrators recommend that those who are experiencing these setbacks should communicate with them via email at contacto@venapp.com. “Our technical team is ready to respond to any requirement or request that users may have,” says the website homepage.