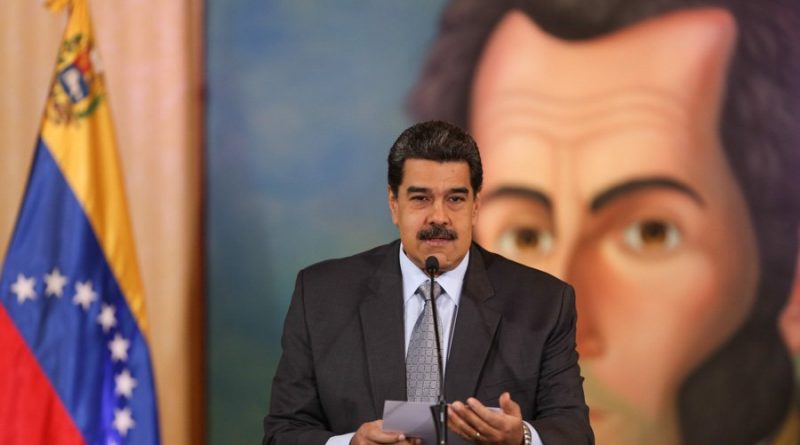 The Venezuelan Government demanded that Colombia rectify the false positives presented by Iván Duque at the 74th General Assembly of the United Nations Organization (UN), related to the alleged recruitment of minors by the National Liberation Army (ELN) in Venezuela.

“First time it happens with a President of a country that appears at the UN to lie shamelessly. (Duque), apologize to Venezuela and the entire world for presenting false positives,” said the head of state at the Yellow House, located in Caracas.

In a meeting with national and international communications media, he urged his Colombian counterpart to make public the dossier he presented at the UN, information that was also requested to the Secretary General, António Guterres because it was an attack against Venezuela.

He explained that the dissemination of false photographs was an express order of the government of the United States that sought to generate an escalation to justify diplomatic, political and military measures against Venezuela.

In this regard, he indicated that Duque’s action denotes the intention of initiating an “armed conflict” with Venezuela.

“Duque lies because he wants a war, because he is a puppet of (Donald) Trump. You are undefeated in the lie,” he said, while pointing out that the chief of Intelligence and Counterintelligence of Colombia was relieved of his duties for “errors” in the dossier against Venezuela.

The head of state took the opportunity to ratify his absolute rejection of the presence of any Colombian armed groups on Venezuelan territory and his commitment to oppose it.

“Venezuelan territory is a territory of peace, we do not accept or allow any armed group from the Colombian territory. They have 70 years of armed conflict, guerrilla conflict, do not come to look for their causes in Venezuela, the causes are there (in Colombia) Iván Duque, fix it, look for a method to pacify your country, to reach peace agreements, to respect them”, Maduro said.

Relationship Restoration
The dignitary advocated the restoration of diplomatic and political communications between Colombia and Venezuela, based on the principle of mutual respect.

“I would be the first one to take the path of peace. We are bound by history, by (Simón) Bolívar and by the brotherhood that unites us. We are obliged to overcome differences and talk to each other, but (Iván) Duque does not want to speak,” he said.

He indicated that in 200 years there had been no government that abandoned the diplomatic path, which is why he reiterated to Duque his invitation to abandon provocations and false positives and start a path of peace based on both nations history.