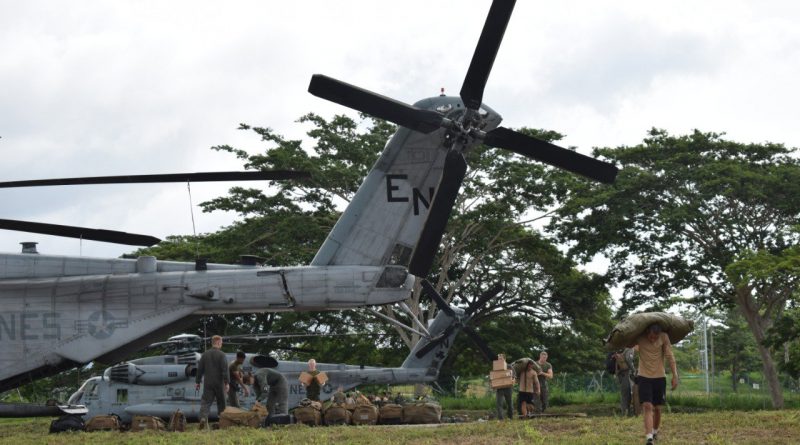 The US embassy in Bogota reported that on Monday they will begin infantry exercises, with the aim of rehearsing a possible invasion of Venezuela, camouflaged through alleged “humanitarian aid.”

The announcement was made by the US SOUTHCOM through its twitter account, where they reported that: “The Marines came to Covenas, Colombia, while preparing to begin a week of training in humanitarian assistance,” reported the US army account.

They also announced that in this “alleged” humanitarian assistance activity, communications and aerial operations will be carried out together with the Colombian Marine Corps.

With these exercises that will take place until next Saturday, October 5, and that will be held at the Marine Infantry Training Base in Coveñas, in northern Colombia, the US empire thorugh the Colombian government intends to intimidate the Bolivarian National Armed Forces ( FANB ) and the Government of President Nicolás Maduro.

It should be noted that these military practices by the US occur one month after President Nicolás Maduro gave instructions to activate the Sovereignty and Peace Military Exercises on the Colombian-Venezuelan border from September 10 to 28 to preserve security and Peace in the country.