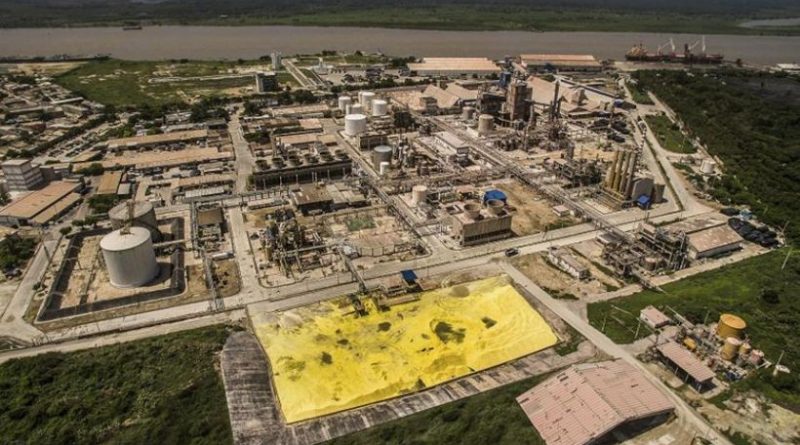 On Friday, September 20, the Minister of Petroleum and President of Petróleos de Venezuela, SA (PDVSA), Manuel Quevedo, accused the self-proclaimed Juan Guaidó and the President of Colombia, Iván Duque, of dismantling the company “Monómeros Colombo-Venezolanos”, a subsidiary of Petrochemicals of Venezuela (Pequiven) belonging to the PDVSA holding.

In Monómeros, which is Venezuela’s number two asset abroad, “a looting operation” was carried out by the envoys of the opposition parliamentarian and [Quevedo] urged the authorities to open an investigation.

Pequiven, the main Venezuelan petrochemical company, bought in 2006 100% of the shares of the Monómeros company, which in the past was managed by a consortium of Colombian public and private companies.

The company manufactures the fertilizers required by the agricultural sector. Yearly, the company has the capacity to produce 1.3 million tons of organic and inorganic substances for large-scale planting.

Quevedo said that in the last three weeks the board of directors appointed by Guaidó dismissed more than 130 Venezuelan workers.

“We denounce this course of action aimed at dismantling, to the theft that the company Monómeros is being submitted to, Colombo-Venezolanos, located in Barranquilla, Colombia; this association to commit crime is headed by the citizen Juan Guaidó and a usurping board of directors which we denounce”, said Quevedo in a statement transmitted by the state-owned “Venezolana de Television”.

Quevedo also referred to an “emergency situation” that occurred at the Sodium Sulfate Plant, located in Barranquilla, Colombia, which was “out of service and in the process of being cleared,” according to a statement released last Thursday.

Monómeros would be the second company of the Venezuelan State that would enter into a process of being dismantled by the anti-Chavismo led by Guaidó and supported by the United States, after the looting of assets of Citgo Petroleum, a subsidiary of PDVSA, in the US.

This year, the National Assembly in contempt appointed mechanical engineer Carmen Elisa Hernández de Castro as president of the board of directors of Monómeros Colombo-Venezolanos, in Colombia.

Hernández was general director of the Mayor’s Office of Baruta between 2008 and 2014, during the management of Gerardo Blyde, previously serving as a New Business analyst for PDVSA, where she served as spokeswoman for the Group of Executives of the company during the oil sabotage of 2002 .