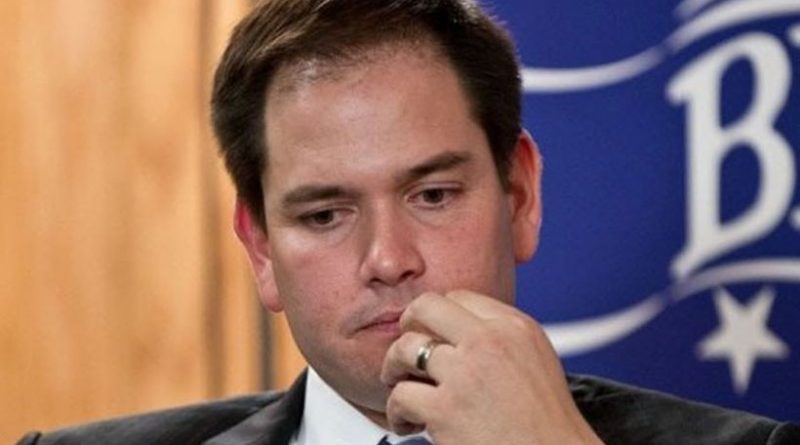 Florida Senator Marco Rubio has been trending on social media in recent days for starring in several acts of interference against sovereign countries.

In less than 48 hours, the US politician of Cuban descent threatened to impose an economic siege via sanctions on the Solomon Islands in the Caribbean, and gave a negative opinion about the partial agreements of the dialogue table between the government of Nicolás Maduro and the opposition in Venezuela, with mediation from Norway.

And now I will begin exploring ways to cut off ties with #SolomonIslands including potentially ending financial assistance & restricting access to U.S. dollars & banking. https://t.co/1l7YdmhWNK

RELATED CONTENT: On Venezuela Trump Claims Bolton was “Holding me Back” (+Back and Forward)

Typical tactic employed by dictatorships is anointing of an “official opposition”.

The only measures that will make U.S. sanctions & pressure against #MaduroRegime go away are free,fair& internationally verified elections in #Venezuela. https://t.co/T447pE3qV2

But the answers were stronger. We review the most significant, through social networks and corporate media.