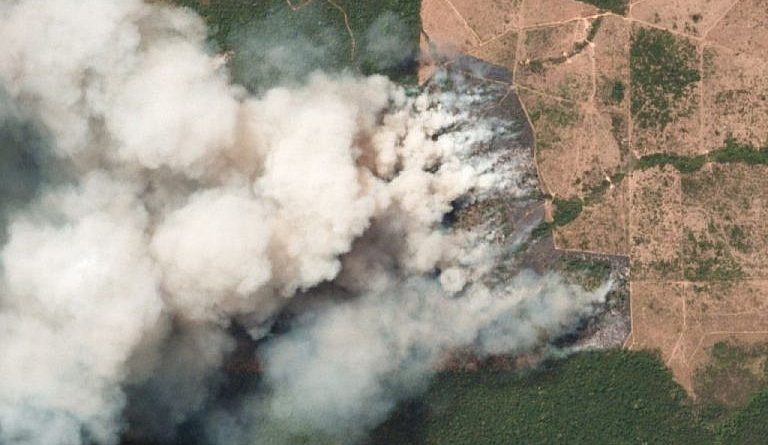 Venezuela’s government expressed its solidarity with Brazil on Thursday, within the framework of the Latin American brotherhood, offering its help in the process of mitigating the devastating forest fires in the Amazon that have been developing for 18 days. Through a statement issued by the Ministry of Popular Power for Foreign Affairs, Venezuela expressed concern about deforestation in the Amazon rainforest that occupies the territory in several countries in South America, generating serious impacts on the population, ecosystems and biodiversity in the area.

Here the full statement of the Venezuelan Foreign Ministry:

The Government of the Bolivarian Republic of Venezuela expresses its deep concern about the gigantic and terrible fires devastating the Amazon region in the territory of several South American countries, with very serious impacts on the population, ecosystems and biological diversity of the area, considered the plant lungs of planet earth.
Reports from international environmental organizations say that only in Brazil, forest fires in the Amazon have increased 80% compared to 2018, while environmental defense groups attribute this increase to an aggressive deforestation policy by interests linked to agribusiness and other predatory practices that generate high environmental impacts.

RELATED CONTENT: Supertanker to Fight Amazon Fires Arrives in Bolivia
The Bolivarian Government of Venezuela is in solidarity with the indigenous and peasant communities and communities in Brazil, Bolivia, Paraguay, Ecuador and Peru, those mainly affected, and calls for awareness of the economic and institutional actors that live in the countries of the Amazon basin. Venezuela has always claimed the rights of communities to land, promoting economic and ecologically sustainable development, as well as respect for the inalienable rights of the Pachamama, our Mother Earth.
Within the framework of the Latin American brotherhood, and as a member of the Amazonian community, Venezuela offers the modest help it can provide to help mitigate this painful tragedy immediately.
The Peoples of South America are united by this natural prodigy that must be defended, protected, and developed by its own inhabitants under policies that protect its environmental fragility and its value as a natural heritage of humanity.
Caracas, August 22, 2019.