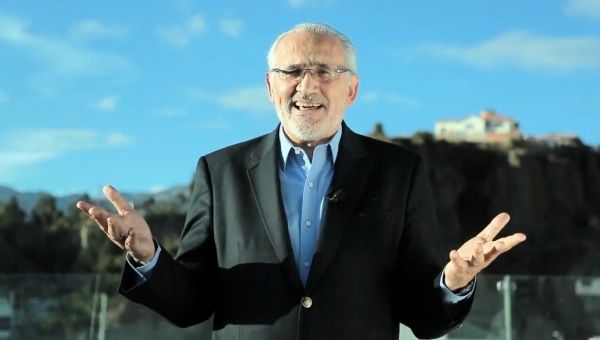 “Citizens Community is a lie, they haven’t let even one Indigenous women be a candidate, I was used and was part of propagating a lie”

Bolivia’s right-wing opposition faced a new round of internal splits, leaving them weakened ahead of upcoming presidential elections, in which leftist President Evo Morales is well ahead in the polls. Leading opposition candidate Carlos Mesa had a number of key allies resign from his party on Monday, accusing him of racial discrimination, and undemocratic conduct.

Carlos Mesa’s right-wing ‘Citizens Community’ party is facing allegations of racism after a high profile resignation from Cristina Mamani, an Indigenous woman used by Mesa in a number of campaign ads. Mamani resigned her membership in Citizens Community after the party announced its list of candidates for the legislature, which include not a single Indigenous woman, despite Mamani being used in campaign ads to deflect accusations that Mesa is part of the white elite.

Mamani said on Monday, “Citizens Community is a lie, they haven’t let even one Indigenous woman be a candidate, I was used and was part of propagating a lie…they call themselves Citizens Community, do they know what that means? Because I haven’t seen any community for the Indigenous in the party”

Also on Monday, a number of social organizations in the city of Cochabamba resigned their affiliation from Carlos Mesa’s’ party, due to what they say was the undemocratic form in which local candidates were selected. In a statement reported by Abya Yala TV, a spokesperson for the social organizations in Cochabamba said, “We see it as necessary to distance ourselves from Citizens Community, we will not be part of the failure that they’re going to turn out to be”

The splits within Citizens Community follows the failure of the right-wing opposition to present a united ticket to challenge Evo Morales. Despite calls for unity, the opposition has presented more than 5 different parties, splitting the right-wing vote.

In the face of these splits, Evo Morales has surged in the polls, as Mesa and others have fallen. In December 2018, Carlos Mesa was leading opinion polls, at 34%, whilst Evo Morales lagged behind at 29%. However, a poll published a week ago in opposition media showed Morales at 39%, and Mesa at just 22%.

Bolivia is currently the fastest growing economy in the region, which analysts say is due to Evo Morales’ strategy of nationalization of natural resources and strategic industries, Morales will be hoping that a buoyant economy will be enough to deliver reelection in October.

Featured image: Carlos Mesa has sunk in the polls amid divisions within the Bolivian right | Photo: La Epoca