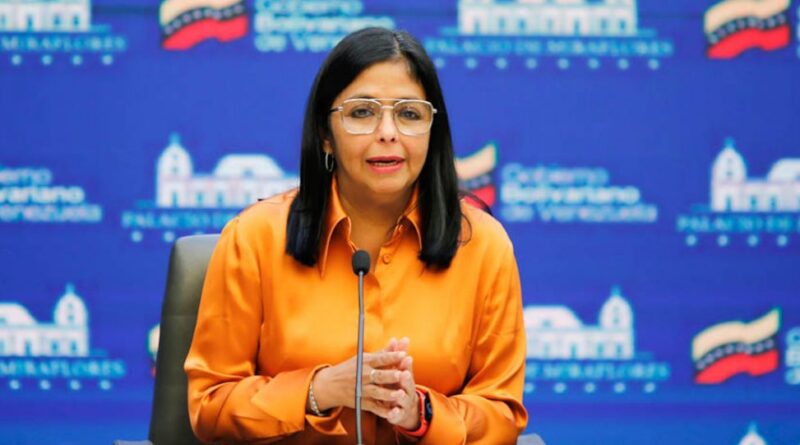 This Saturday, April 10, the Executive Vice President of Venezuela, Delcy Rodríguez, announced that Venezuela has paid 50% in advance to the COVAX mechanism to acquire Covid-19 vaccines.

From the Miraflores Palace, the top official explained that Venezuela deposited 59.2 million Swiss francs, the equivalent of € 53.8 million ($ 64 million), which was accepted by COVAX as advance payment. She added that the remaining $ 60 million required to complete the payment is already guaranteed.

The executive vice president recalled that Venezuela had entered the COVAX mechanism on September 18, 2020 to acquire a total of 11,374,412 doses of Covid-19 vaccines, which will allow the vaccination of 20% of the Venezuelan population.

Rodríguez pointed out that, in addition to COVAX, Venezuela already has vaccine agreements with China, Russia, and Cuba, and estimates to vaccinate 70% of the population with the doses acquired through all these different channels.

“The government will continue in its efforts to get released the assets of the Venezuelan people kept blocked or frozen by international financial entities,” Rodríguez asserted.

On the other hand, she explained that the COVAX mechanism makes vaccines available, and Venezuela, at its own discretion, will decide which vaccines against will be permitted in the country.

“Based on the Venezuelan reality and specific condition,” continued Rodríguez, “for example, the current situation where the Brazilian variant, the P1 and P2 variants are circulating in Venezuela. Based on this scientific, health and epidemiological criterion, the government will ask the COVAX mechanism about the vaccines they offer in this case,” she said.

Featured image: Venezuelan Vice President Delcy Rodríguez announced on Saturday that Venezuela has paid 50% in advance for the purchase of vaccines from the COVAX mechanism. Photo courtesy of Prensa Presidencial.