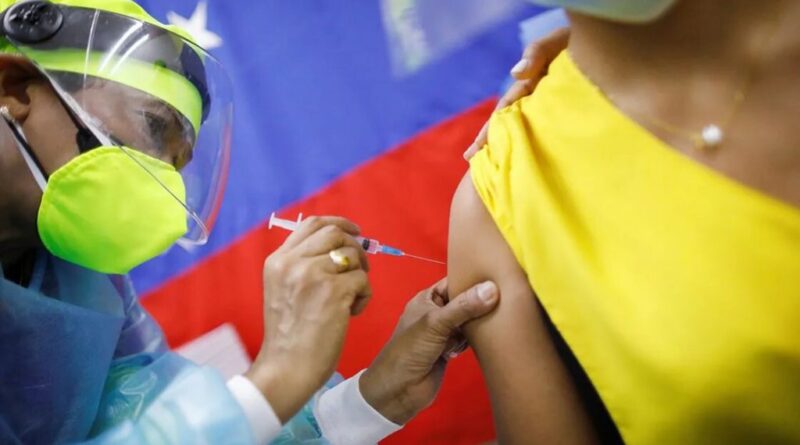 Venezuela is one of the few countries in the world that has had, and still has, to face Covid-19 pandemic while being subjected to an unprecedented blockade imposed by the United States and European countries. The government of President Nicolás Maduro has called incessantly for the end of these illegal coercive measures and is especially waiting for the release of $300 million kept frozen by the Bank of England. However, “not a single dollar” of that money has been released until now, informed Jorge Arreaza, Venezuelan Minister for Foreign Affairs, in a recent interview. With this money, the State intends to buy Covid-19 vaccines required for total immunization of the population.

The top Venezuelan diplomat added that the country has sufficient resources, but much of it remains illegally blocked in various countries.

They are hardening the pressure
The Venezuelan Foreign Affairs Minister accused the United States and the United Kingdom of joining forces to withhold funds that belong to the people of Venezuela, so that the resources cannot be used, even in times of dire need.

However, in the midst of this criminal persecution, the Bolivarian nation is not alone; it has strategic allies that have made it possible for the country to buy vaccines.

“Neither the US nor the UK have released a single dollar. Even then, we are advancing in other ways with help from our allies,” the diplomat asserted.

Apart from the assets blocked in the UK and US, more than $35 billion of Venezuelan funds remains frozen in international financial institutions due to the illegal sanctions. In addition, the country has lost 99 percent of its national income, especially from oil revenue, and more than $120 billion has been lost as a result of the blockade.

Venezuela asked for only $6 billion of everything held in banks in England, where assets in gold belonging to the Venezuelan Central Bank also remain blocked.

Alternative routes for vaccines
President Nicolás Maduro has led a process of heroic resistance in order to save lives and protect the people in the face of the global health crisis.

The dignitary has harshly criticized the obsessive persecution and criminal suffocation applied by the United States, the European Union and their lackeys in the world that prevent the Bolivarian nation from buying vaccines.

Likewise, Vice President Delcy Rodríguez has held two video conferences with the director general of the World Health Organization (WHO), Tedros Adhanom, to make arrangements to get vaccines from the Global Access Fund for Covid-19 Vaccines (Covax). Venezuela hopes to pay for those vaccines with the blocked funds. Covax provides only 10 to 20% of the vaccines required by the countries subscribed to the fund, the rest has to be arranged by each nation.

Meetings have also been held with representatives of the Pan American Health Organization (PAHO) with requests for vaccines, medicines, and medical equipment.

Successful vaccination plan
Venezuela has been able to buy vaccines during the first phase of pandemic thanks to its alliances and friendly relations with global powers such as Russia and China.

On February 15, the first shipment of Sputnik V vaccines arrived from Moscow aboard a Conviasa plane. Since then, Venezuela has received two more shipments from Russia. The government aims to buy a total of 10 million Sputnik V vaccines so that vaccinations can be started with the high risk groups and continued until 70% of the population is covered.

To date, 150,000 people have been vaccinated with these vaccines. In addition, the first shipment of the Chinese vaccine VeroCell arrived on March 1.

China and its Sinopharm laboratory have agreed to supply Venezuela with 500,000 doses of the drug, which is to be applied to the prioritized population, most of them teachers.

Featured image: Mass vaccination has already started in Venezuela, although UK and the Bank of England have not returned assets stolen from Venezuela. File photo.