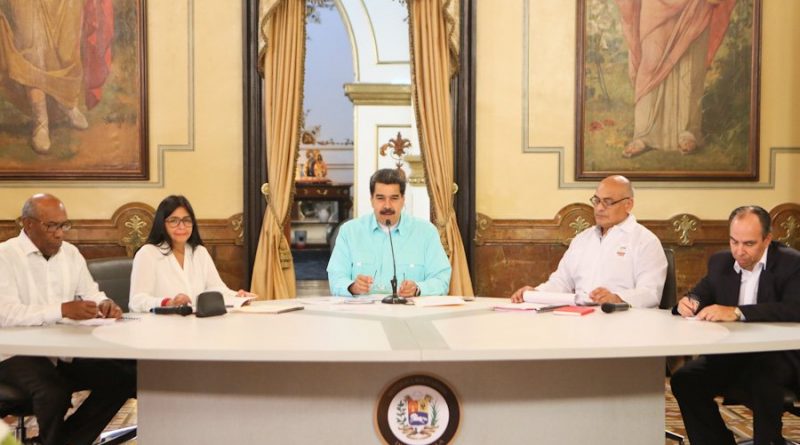 In this regard, the head of state explained that the first three states that reached 100% coverage were La Guaira, Guárico and Miranda, and he urged as well an emphasize on the work in the regions where full coverage was not attained.

“To the Capital District, Delta Amacuro, Nueva Esparta, Anzoátegui, Táchira, Amazonas, Zulia and Bolívar, I would especially accentuate,” said the Venezuelan president, instructing the Minister for Communication and Information, Jorge Rodríguez, to conduct a campaign to publicize the vaccination day against this disease, which affects children under five and is transmitted from person to person.

“Vaccination centers are open to all children. If by chance, due to a problem, a child in a home has not been given the polio vaccine, go immediately to a health center and there he/she will be the vaccined for free,” added President Maduro.

In this regard, he thanked the World Health Organization (WHO) and the Pan American Health Organization (PAHO) for allowing the acquisition of medical supplies to serve the most vulnerable Venezuelan people, despite the economic, financial and commercial blockade imposed by the government of the United States (USA) against Venezuela. “More than 107,000 Venezuelan patients have been rescued from amputation after three million consultations and it has been reduced to truly negligible rates. The [decline in the] phenomenon of amputation is thanks to the political will of our leaders such as Comandante Chávez and Fidel since this is a consummation of the program of their ideals, ”said Dr. Berlanga, in a day of Health with President Maduro.

He stressed that they have felt completely proud and satisfied to have contributed in some way to the health of the Venezuelan people. “The first patient treated was on August 18, 2008 in the capital and we have reached 99.7 percent of treatment efficacy”, of more than 217 thousand attended nationwide.

He added that “the patient has always been a patient and not a client and medicine has been medicine and not merchandise.”

“Bachelet, don’t lie to the world! You signed a document that you did not read. It is a report made by specialists linked to the Department of State (of the United States), enemies of the Bolivarian Revolution,” said the National President.

From the health center, Marcos Torres announced that since Tuesday, an intensive therapy postgraduate program will be held in conjunction with the Ministry of Health.

President Maduro, via satelite, oversaw the inauguration of the new intensive care unit. He celebrated the leadership of the Governor of Aragua in developing and completing the work. He warned that revolutionary leadership is the focus of the attacks of US imperialism.

“I inherit all that campaign, all that hatred, and the way to protect ourselves from all that is with daily work, every day; it is the love that is put into our daily work,” he said of the work of assuring the population social protection.

The head of state in the face of the aggressions of the president of the United States (USA), Donald Trump, invited US officials instead of attacking Venezuela, to deal with the social and medical problems of American citizens who are poor.