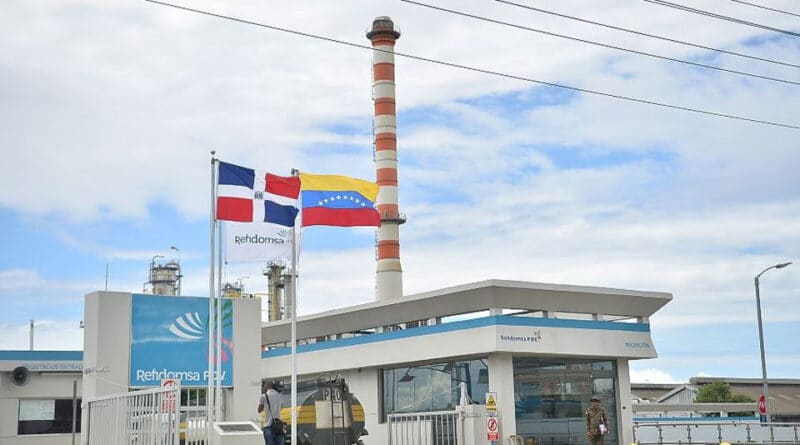 On Thursday, August 19, Venezuelan Minister for Petroleum, Tareck El Aissami, informed about the successful negotiation between PDVSA and PATSA, Ltd. The negotiation transferred PDVSA’s 49% stake in the shares of La Refinería Dominicana de Petróleo PDVSA (REFIDOMSA) to the Dominican Republic. This fulfills financial commitments to creditors highlighting Venezuelan solvency and responsibility despite the criminal US blockade.

The head of PDVSA and the petroleum portfolio released a statement recognizing that, “As a result of this transaction, the Bolivarian Republic and PDVSA reduced their external public debt, and the Dominican State becomes the sole shareholder of REFIDOMSA. The negotiation was carried out through the company PATSA Ltd (a subsidiary of the Rizek Group) that acted as facilitator for the transaction.”

The statement emphasized that this transaction also shows the firm intention and commitment of the Venezuelan government and its state oil company PDVSA to comply with their contractual obligations as well as their desire to negotiate with creditors to restructure debts through “respecting the rights and interests of all parties, for the benefit of the economy and the Venezuelan people.”

The statement also explains that, for the first time in history, Venezuela could not comply with the financial commitments to creditors in time, due to the “criminal unilateral coercive measures imposed by the Government of the United States.”

However, Venezuela is looking for formulas to avoid any external aggression and become “the land of economic opportunities,” as the Head of State Nicolás Maduro stressed some time ago. PDVSA’s official statement indicates that it will work with economic actors and investors to consolidate an open, diversified, and productive economy to generate the greatest amount of stability, well-being, and happiness possible for the Venezuelan people.

“Advantageous price” thanks to US blockade
Previously, the Dominican Finance Minister, José Manuel Vicente, said at a press conference that the transaction was carried out at an “advantageous” price for the Dominican Republic. The state-owned Petróleos de Venezuela (PDVSA) acquired 49% of REFIDOMSA’s shares in 2010 when it paid the Dominican government $131 million.

Now, 11 years later, they negotiated the transfer of PDVSA’s shares for an amount of $88.1 million. Vicente indicated that it was done in two parts: PDVSA sold its shares to PATSA, and PATSA sold the shares to the government of the Dominican Republic. The price was €74 million, which is equivalent to $88.14 million.

The Dominican Finance Minister clarified that he had contacted the United States government to verify that the transaction would not cause any problem for the Caribbean island country due to the illegal US sanctions imposed on Venezuela and PDVSA, which are aimed at asphyxiating Venezuela’s economy with the sole purpose of ousting President Nicolás Maduro.