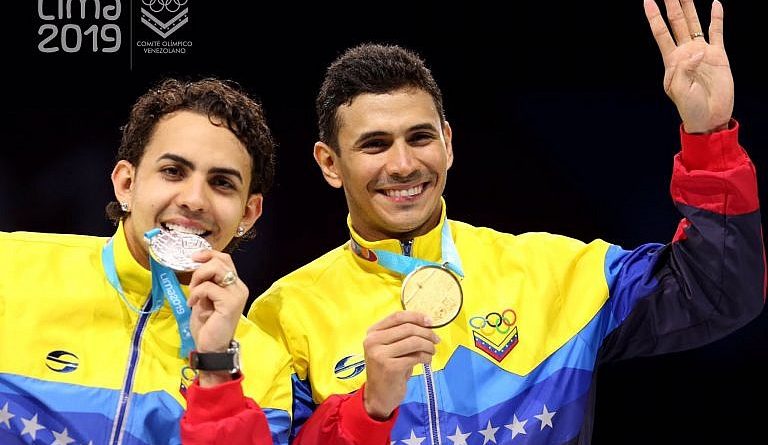 The Venezuelan fencer and Olympic medalist Ruben Limardo won the gold medal on Monday at the XVIII Pan American Games 2019 that are held in Lima, Peru, by defeating his brother Jesús Limardo, in the discipline of fencing. With these results, Venezuela conquered the podium with the gold and silver medal for this sport, it is also the first time in the history of Pan American Games that two brothers faced off in the fencing final.

The information was confirmed by the National Sports Institute (IND) on its Twitter account. “Gold for Venezuela! The Pan American champion Rubén Limardo wins in a HISTORICAL finish! In which he faced his younger brother Jesús Limardo ratifying his power in these Pan American Games Lima 2019. The match ended 15 – 8 BRAVOOO RUBÉN!” he wrote.

Rubén Limardo, multiple Pan American medalist, reached the final by beating the Cuban Yunior Reytor in sudden death; while his brother managed to advance to the final when he beat – also in sudden death – the Colombian Jhon Rodríguez. Limardo arrived in Lima with the mission to be crowned two-time champion of the sword throughout America. The Olympic champion, who won the gold medal at the London 2012 Olympic Games, managed to revalidate the title achieved in Toronto in 2015.

With these results, Venezuela is located in the twelfth position of the table of medalleros, with three gold medals, three silver and six bronze.