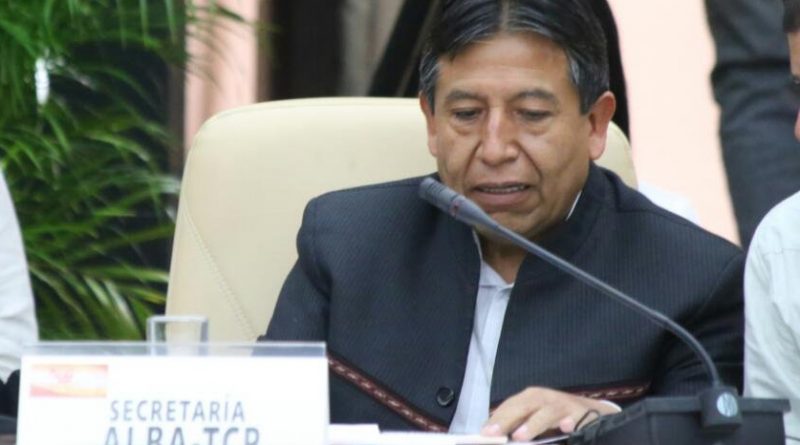 “No other country has resisted the siege, attack and economic blockade like Venezuela,” said the Executive Secretary of the Bolivarian Alliance for the Peoples of Our America – Peoples’ Trade Agreement ( Alba-TCP ), David Choquehuanca.

During a show broadcasted by local media, Choquehuanca said that thanks to Commander Hugo Chávez, hope was sown, and the president of the Bolivarian Republic of Venezuela, Nicolás Maduro Moros, “continues that path, and that is why the Venezuelan people resist the attack.”

He stressed that from Venezuela the Cultural Revolution continues to be built and the principles of Alba is to strengthen solidarity and strengthen the fight against exploitation and dominance.

“Our peoples are waking up and are building measures to respect our differences,” said the secretary of Alba.

He stressed that they support the Bolivarian nation with the commercial exchange that has been promoted from this instance with the brother peoples.

On the other hand, he pointed out that capitalism is the model of destruction, while socialism seeks to achieve collective well-being. “Our planet is dying. We have to think holistically. We have been selfish.”

He added that the capitalist system continues to generate problems that are global, which generate poverty, crisis and migration.

Choquehuanca said that from the Alba-TCP the principles of solidarity are defended, and he cited as an example Cuba, a nation that is alight, identified by social justice, with the struggle against the exploitation of man. “We need to be supportive. From Bolivia we need to be the hope.” / JML