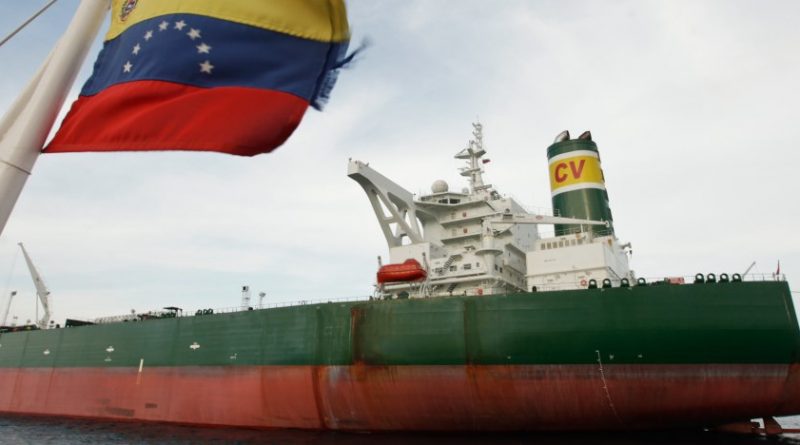 Inflation slowed down in September after crossing the hyperinflation threshold in August.

Venezuela’s oil production fell by more than 10 percent in September.

OPEC’s monthly report placed output last month at 644,000 barrels per day (bpd), down from 727,000 bpd in August, according to secondary sources. Venezuela’s direct communication to the oil cartel reported production at 749,000 bpd, down from 933,000 in August.

Venezuela’s oil industry has been encumbered by corruption, brain drain, and mismanagement, with its operations severely curtailed by US sanctions. Financial sanctions imposed against state oil company PDVSA in August 2017 have resulted in an estimated annual loss of $6 billion in export revenues. An embargo imposed in January blocked all sales of Venezuelan crude to US refineries, resulting in approximately $11 billion in lost export revenue over 2019.

RELATED CONTENT: Is the Economic War on Venezuela Over?

On August 5, an executive order expanded the US embargo to prohibit all dealings with the Venezuelan government and state entities, and authorized secondary sanctions against third-party actors.

Oil operations in September were further hit by a power outage that paralized PDVSA’s main refineries, Amuay and Cardon, for several days.

US sanctions has led buyers to shy away from dealing with Venezuela directly, including China’s CNPC. The resulting bottleneck in crude stocks has forced several PDVSA joint ventures to reduce or cease operations altogether. PDVSA has increasingly turned to selling crude to Russian energy giant Rosneft, which then reportedly reroutes shipments to customers.

However, the trend might soon be reversed, with Reuters reporting that Indian refiner Reliance Industries will receive Venezuelan cargoes in October for the first time in four months.

Following January’s oil embargo, Caracas had looked to divert exports to India, but plans were derailed at the time by US threats of secondary sanctions. The Indian refining giant told Reuters that its dealings with PDVSA, which involve exchanging crude for fuel, are not in violation of US sanctions.

Reuters likewise reported that Italian multinational ENI is also due to buy a cargo of Venezuelan crude for the first time since late 2018.

The exhaustion of crude storage in recent weeks has also seen Venezuela increase its crude deliveries to Cuba, as part of wide-ranging cooperation agreements between the two countries.

Venezuela’s reduced oil output in September coincided with a slowdown of inflation. According to the finance commission of the opposition-controlled National Assembly, prices rose by 23.5 percent last month, bringing accumulated inflation in the past 12 months to 50,100 percent. September’s mark is the lowest month-on-month inflation since March.

The figure marks a steep decline from August, which saw inflation registered at 65,2 percent. This was the first time since February with inflation above the 50 percent hyperinflation threshold.

Venezuela had previously suffered 16 consecutive months of hyperinflation. The Venezuelan Central Bank released figures in May after a three-year hiatus, likewise dating the end of hyperinflation in March, but no further statistics have been released since.

September’s inflationary slowdown coincided with a stabilization of the exchange rate, both in the black market and the official exchange rate. The bolivar had previously suffered an over 100 percent devaluation in August.

The liberalization of exchange controls by the Venezuelan Central Bank, alongside a constriction of the quantity of bolivars in circulation, have been credited with slowing inflation in 2019. However, some economists have warned that the measures have led to a contracted aggregate demand, leading to longer-term stagnation.