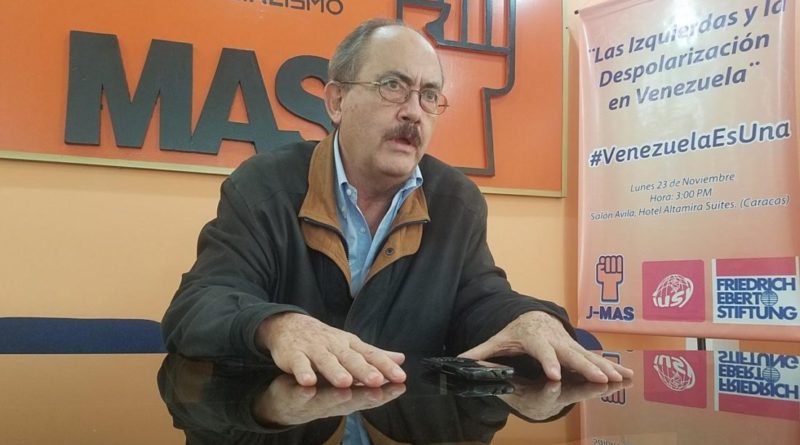 Opposition parties asked the Constitutional Chamber of the Supreme Court of Justice to declare legislative omission and designate a new board for the National Electoral Council (CNE), reported on Thursday the Secretary of the Movement for Socialism (MAS), Felipe Mujica. “Venezuela has been trying to settle a body that guarantees rights for a year, and that has not been possible to resolve through the AN. In realizing this, today on behalf of political organizations we have made the decision to come to the courtroom to declare legislative omission and proceed to appoint a new CNE that guarantees legal timeliness,” for the next parliamentary elections, he said.

Mujica stressed that it is a direct decision to proceed to resolve the CNE problem and thus meet the legal deadlines for the election of the National Assembly (AN) scheduled for December this year.

“We hope that the decision is made in the shortest time,” he said, explaining that the initiative is due to the division of right wing groups in Parliament.

He clarified that it has not been possible to appoint new electoral authorities due to the fact that two-thirds legislative parts are required, and pointed out that the Constitutional Chamber will receive the arguments after the Commission appointed by the AN does not achieve the objectives in this regard.

He added that a legal, electoral and constitutional solution to the political confrontation in the country is sought; and reiterated that the need to add to the agreements for the benefit of Venezuelans.