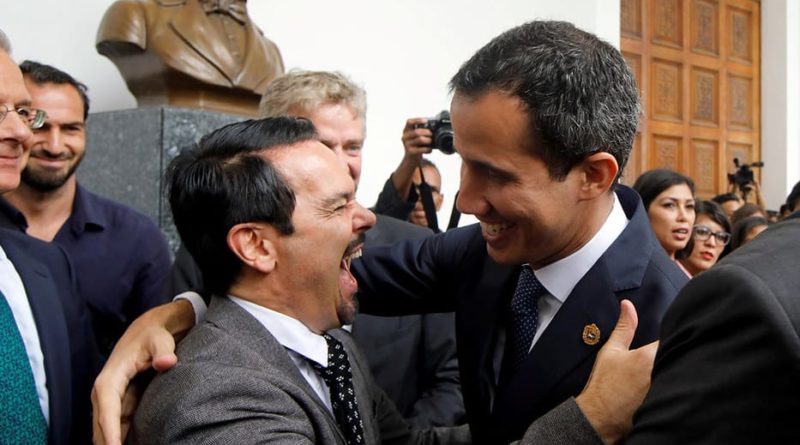 On Wednesday afternoon, in an interview with the Venezuelan journalist Maripili Hernández, Foreign Minister Jorge Arreaza said that the French and Spanish governments receive formal complaints on a daily basis, after the journalist reported that the deputy Juan Guaidó is “hiding” inside after the failure of the Gideon operation on May 3. Arreaza pointed at Spain and France: “We hope that these governments rectify the situation and comply with the laws of the receiving State, in this case Venezuela, and turn the fugitives from justice over to Venezuelan justice.”

During the interview on the program “Sin Duda” on the private radio station “Unión Radio” , the journalist Hernández pointed out that, after the failure of Operation Gideon, as of May 3 Juan Guaidó “went to hide in the French embassy but did not has made it public,” because a person who is a guest at an embassy cannot participate in political activities, and Guaidó continuously broadcasts videos and political messages on his social networks.

Hernández asked the chancellor about the issue, who did not deny the fact but, after recalling Guaidó’s role in the failed incursion on May 3, stated that “evidently Mr. Guaidó is indebted to justice and to the Venezuelan people.”

He indicated that “Leopoldo López from the Spanish embassy – I have told the ambassador a thousand times – continues to conspire. He made decisions to carry out Operation Gideon. Remember that López is the boss of Guaidó; so these are serious violations.”

However, Arreaza recalled that, despite this, “we do respect international law. We cannot enter the residence of the ambassador of any country, in this case that of Spain or that of France, and for justice to be carried out by force… it cannot be done!” explained Arreaza. “We hope that these governments rectify the situation and comply with the laws of the receiving State, in this case Venezuela, and turn the fugitives from justice to Venezuelan justice.”

Maripili Hernández asked the chancellor about the Guaidó case, asking him if no official complaints have been issued to the French embassy for the continuous political pronouncements and even terrorist activities that Guaidó does from those headquarters, to which Foreign Minister Arreaza replied: “That question you have to ask the French ambassador, and he must give you the answer. We comply with the laws (…) The French government knows very well what the position is of the Venezuelan government in this regard. We will have to ask them what madness this is (…) Every day we issue complaints to all these countries.”

Days ago, Venezuelan President Nicolás Maduro has referred to Juan Guaidó on at least three occasions as “the fugitive from justice” in public addresses, which has caused many debates among his followers because there is no official announcement about warrants for his arrest.