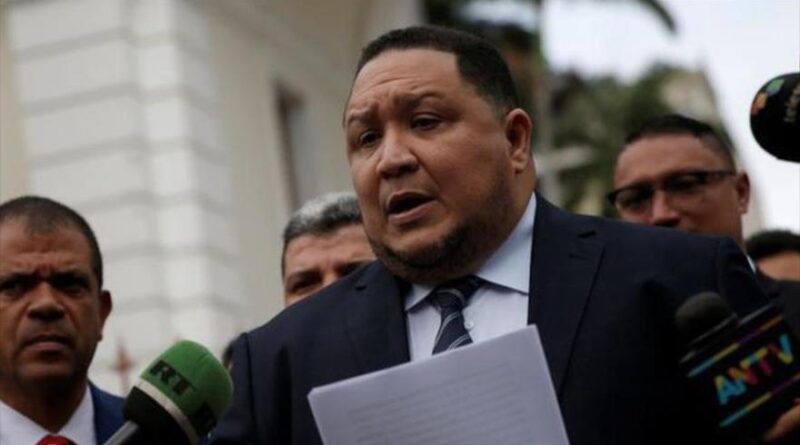 Venezuelan National Assembly (AN) requested the Attorney General issue flight restrictions for the former opposition deputy Juan Guaidó and other former legislators from the country.

The Special Commission of the AN that is in charge of investigating the crimes committed by the previous president of said legislative body—that is, by Juan Guaidó—on Wednesday placed a request that would forbid international flights for him and other former deputies for their connection with corruption scandals.

In this sense, Deputy Jose Brito held a meeting with the Attorney General of Venezuela, Tarek William Saab, to ask that Guaidó be prevented from leaving Venezuela.

“We are making an appeal to the Attorney General’s Office to request a ban on this group of people who are subject to investigation from leaving the country. They will all be summoned, and we will question them in the next few hours. Of the group of people that we are summoning, many are outside [the country] but 80 percent are here, in the country,” Brito said in statements to the press.

The measure would include 37 former parliamentarians and citizens accused of having committed crimes during the AN’s 2016-2020 term.

As detailed by the Venezuelan deputy, the Public Ministry has been asked to adopt preventive measures, due to the looting of the treasury belonging to all Venezuelans.

To this end, the Public Ministry appointed two prosecutors to investigate this case and promised to guarantee due process for citizens accused of bribes linked to the resources of the Bolivarian country abroad.

Finally, the parliamentarian also referred to the case of the debt that Paraguay has with the state company Petróleos de Venezuela (PDVSA) for the sale of fuel. Guaido is accused of charging a commission to settle Paraguay’s $360 million debt to Venezuela.

Featured image: The president of the Special Commission of the National Assembly (AN) of Venezuela, José Brito. File photo.