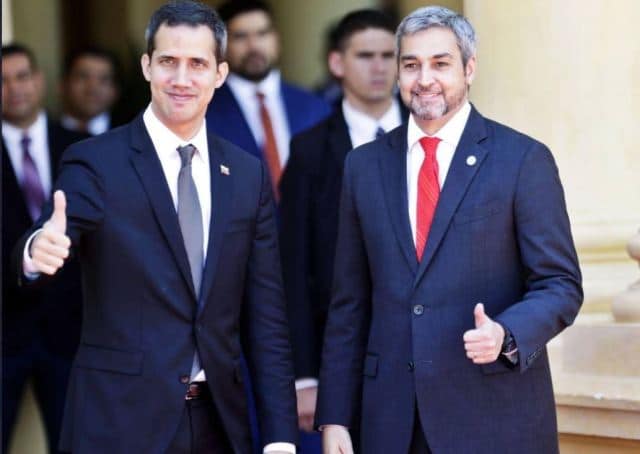 The president of the Venezuelan National Assembly (AN), Jorge Rodríguez, denounced the president of Paraguay, Mario Abdo Benítez, who participated in the meeting at which the robbery of Venezuela was planned through “condonation” of a debt, amounting to to $365 million, that this South American nation maintains with the Venezuelan oil company, PDVSA.

“They wanted to say that the president of Paraguay did not participate in the meeting where this robbery and distribution was planned; that is a lie. We have information that the president of Paraguay was there when this crime was committed.” During his intervention in the AN regular session, Rodríguez also pointed out that an agreement was discussed to authorize a request to the governments of Argentina, Colombia, Paraguay, Panama and the United States, that the corrupt acts committed by Juan Guaidó and other former deputies of the outgoing AN, be investigated.